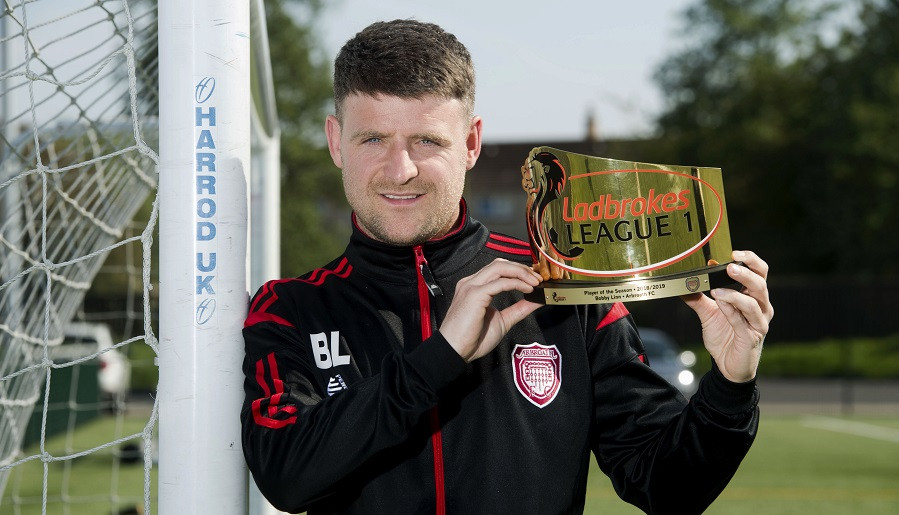 Arbroath winger Bobby Linn has been voted Ladbrokes League 1 Player of the Year for 2018/19 after an outstanding campaign for the Red Lichties...

Linn weighed in with three hat-tricks – including two against local rivals Forfar Athletic – and also contributed a number of assists as Arbroath led the table from start to finish.