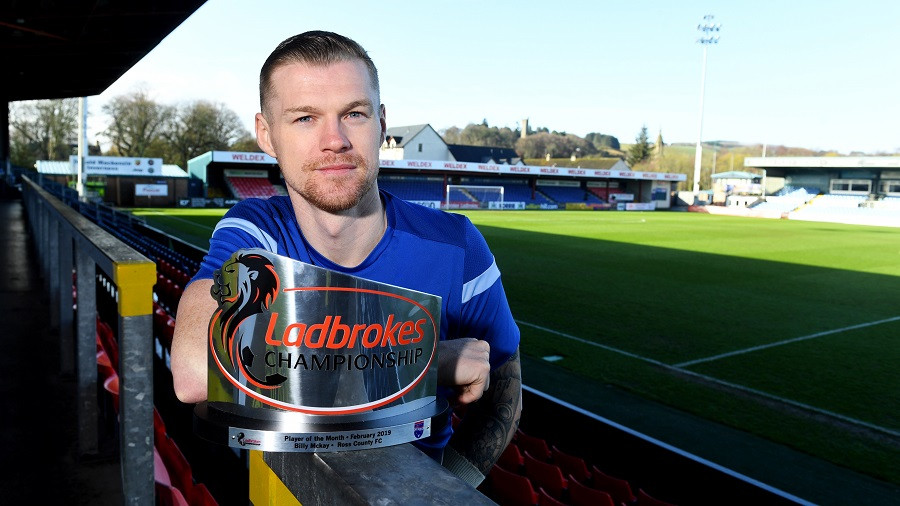 Ross County striker Billy Mckay has been voted Ladbrokes Championship Player of the Month after his five-goal February...

The 30-year-old scored in the 2-1 win at Dunfermline Athletic and the 4-2 victory away to Partick Thistle before grabbing a hat-trick in the 3-2 win over Ayr United in Dingwall.

Mckay also won the award in October and his 17 league goals have helped keep the Staggies' title bid firmly on track but he has been ruled out for the rest of the season with a broken arm.