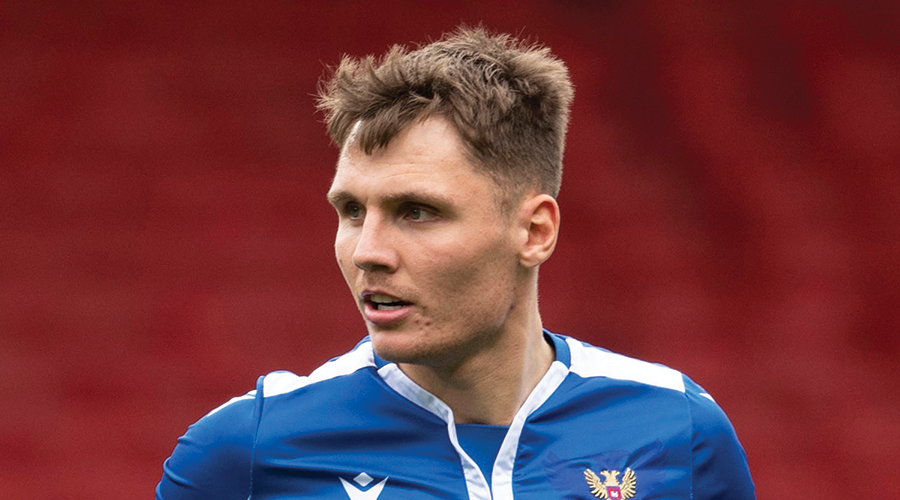 Check out who has been selected in the Premiership Team of the Season, along with insight from Scottish football journalists and podcasters!

GK – Allan McGregor (Rangers) – Like a fine wine, Allan McGregor only seems to get better with age. The ‘keeper has had arguably his best season in a Rangers shirt, picking up the SPFL Premiership Player of the Season award for his efforts. Keeping 17 clean sheets in 27 league appearances and making countless crucial saves as Rangers romped to their first top-flight title since 2010/11, McGregor gets the nod between the sticks.

“Allan McGregor gets my vote for being the last line of a defence that kept 26 clean sheets in 38 league games - and although he might have had little to do in most matches, he was always there to pull off a vital stop when needed. Two saves over the course of the season will live long in the memory, a stunning fingertip onto the post to deny Leigh Griffiths in an Old Firm clash at Ibrox. That was bettered only by his miracle stop in the final minute of the Europa League clash in Prague when he denied Slavia a win with a stunning stop from a point blank range header in the last minute. The best keeper in the country by a distance.” – David McCarthy

RB – James Tavernier (Rangers) – Another player who has had arguably his best individual season for the Light Blues, the Rangers skipper has led by example in a championship winning side. Defensively astute, with a pinpoint cross and an eye for goal. Tavernier found the net 12 times in the Premiership, as well as notching 9 league assists. A set of statistics which many attackers could only dream of.

“It has been a sensational campaign for the Rangers skipper, who scored an incredible 19 goals from right back despite also missing two months of the season through injury. Tavernier has suffered more than most during the Ibrox club's turbulent return to the top but the Englishman brushed off those painful memories to lead his team to the title in dominant fashion.” – Andy Newport

CB – Connor Goldson (Rangers) – The defender was at the heart of the Rangers back line in all 38 games of an unbeaten season. A calming presence, with a steely determination and winning mentality, Goldson’s class shone through all season. Whether partnered with Helander, Balogun or Simpson the Englishman was imperious, reading the game brilliantly and providing the Light Blues with a rock-solid backbone.

CB – Jason Kerr (St. Johnstone) – A natural leader, who acts as the anchor in the middle of St. Johnstone’s 3-man central defence, Jason Kerr has once again proved why he is one of the SPFL’s top defenders. Kerr’s heart-on-sleeve performances are a massive contributing factor in Saints clinching 5th place and a spot in Europe. Plus, there are not many club captains who can say they have won a League Cup and Scottish Cup double!

“Calm and authoritative in his defensive duties, a natural leader, and not shy of ability with the ball at his feet, Saints skipper Jason Kerr’s stellar season makes him fully deserving of a place in the team of the season. The platform to the Saintees remarkable surge in fortunes in the second half of the season has been the partnership between Kerr, Liam Gordon and Jamie McCart at the back, so whilst It could be said that Kerr is accepting this place on behalf of all three, his remarkable consistency and outstanding qualities as the leader of the pack see him stand out above his defensive partners. A goal threat on set-pieces too, at just 24 years of age the sky is the limit for the man who has skippered Saints to their historic double.” – Danny Williams (@DoggerSaints)

LB – Josh Doig (Hibernian) – It was an impressive debut Premiership campaign from the young Hibee. Doig’s energetic, yet measured performances saw him make the left back position his own at Easter Road, unseating long-time occupant Lewis Stevenson in the process. The 19-year old’s tireless running and commitment to contributing to the Hibs attack, as well as the defence, garnered his first top-flight goal, as well as 3 league assists. A player with huge potential!

“Debuted in Hibs’ Premiership opener at Kilmarnock and never looked back. A rampaging and relentless force on the left flank, the teenaged full-back capped a superb season by claiming the SFWA young player of the year award.” – Graeme Croser

RM – Martin Boyle (Hibernian) – For the past few years, Martin Boyle has been one of the Premiership’s most dangerous attacking players. This season was no different, with the Hibs winger scoring 12 and assisting 6 en route to his side clinching a 3rd placed finish. A direct runner with frightening pace, tricky feet and an eye for goal, the Australian international keeps going from strength to strength.

“He may be a laugh-a-minute type off the pitch, but Martin Boyle is deadly serious on it. He has just enjoyed his best season at Hibernian - with 15 goals and 12 assists to show for a campaign that's seen him deployed as a winger, a wing-back and a central striker at times. Simply put, Boyle is Hibs' most dangerous player.” – Kenny Millar

CM – Steven Davis (Rangers) – Despite turning 36 years of age in January, Steven Davis is showing no signs of slowing down any time soon. Whether sitting deeper and dictating play, or actively driving it forward Davis showed his class and qualities in abundance this season. A player who is always actively looking to get on the ball and make things happen, Rangers fans will be delighted that their number 10 has committed to the Ibrox club until at least summer 2022.

“Davis defied his age by racking up 47 games for Rangers this term, in domestic competitions and the Europa League. Not only that, he was a consistent high performer and a vital part of their title-winning spine. The experienced Northern Irishman was a key man in Steven Gerrard's engine room, dominating games from deep with his terrific positional play and superb passing range.  He was one of the Rangers' leaders in the dressing-room as they marched towards the championship and even chipped in with an outstanding overhead kick goal in their Old Firm derby over Celtic in April.” – Scott McDermott

CM – David Turnbull (Celtic) – The Celtic midfielder showed just why he is one of Scottish football’s hottest prospects in his first season at Celtic Park. Comfortable just about anywhere across the midfield, Turnbull’s ability to drive play forward and create, as well as score made him a huge asset for the Hoops. 9 goals, 6 assists and some remarkable individual displays led to Turnbull’s inclusion in Steve Clarke’s EURO 2020 Scotland squad.

“Such a seriously impressive opening season for the August signing from Motherwell. He didn't get much of a chance before late November, at which point he had to come into a team which was underperforming. At just 21 years old, it's hardly the ideal situation in which to shine and yet Turnbull was fantastic. He was undoubtedly the best attacking player on the league's second best side and was one of the most prolifically creative players in Europe.” – Craig Fowler

LM – Ryan Kent (Rangers) – Ryan Kent’s pace, trickery, energy and direct running have made him a tough opponent for any Premiership defender ever since he joined Rangers. However, 2020/21 was almost certainly the winger’s best campaign in the light blue, adding more goals and assists to his arsenal. Kent scored 10 and assisted 9 as Rangers claimed their 55th top-flight title, as well as putting in some outstanding individual performances domestically, and in Europe.

“Has there been a more exciting player in the Premiership this season than Ryan Kent? Whilst it’s difficult to single out one, two or even three Rangers players from their incredible league season, Kent was the spark that would often turn a tight game into a victory for his side.” – Liam McLeod

ST – Odsonne Edouard (Celtic) – While 2020/21 will not be remembered too fondly by Celtic fans, their number 22 showed why he is one of the most promising young forwards on the continent. Edouard scored 18 times in the Premiership, including an opening day hat-trick against Hamilton Accies. The Frenchman’s graceful first touch, along with his spatial awareness and killer goalscoring instinct have made him Scotland’s deadliest marksman.

ST – Alfredo Morelos (Rangers) – Morelos once again proved his class in 2020/21, spearheading the Rangers attack which led the Light Blues to the title. The Colombian’s work ethic, intelligent running, link-up play and goalscoring prowess have made him an incredible asset for Rangers in both European and domestic competitions. As well as contributing to 16 Premiership goals (12 goals, 4 assists), Morelos’ all-round play makes him one of Rangers’ most valuable assets.