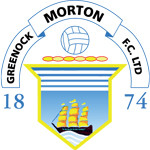 Queen of the South beat Championship rivals Morton 2-1 at Palmerston on Wednesday evening to reach the last four of the SPFL Trust Trophy.

The Doonhamers led through a Jack Hamilton own goal and Ruari Paton struck late on, just after Alan Lithgow had equalised for the Greenock club.