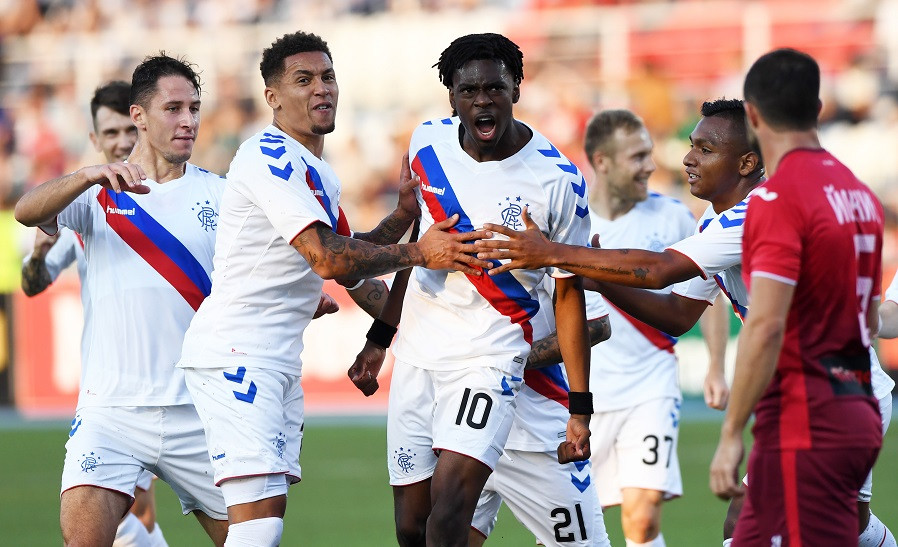 Rangers are through to the group stage of the Europa League.

Steven Gerrard's side booked their place in Friday's draw with a 1-1 result against Ufa, despite finishing with nine men in Russia.

Leading 1-0 from the first leg, Ovie Ejaria's early goal put the Ibrox club in a strong position but Dmitri Sysuev equalised and Alfredo Morelos was then sent off for his second yellow card before the break.