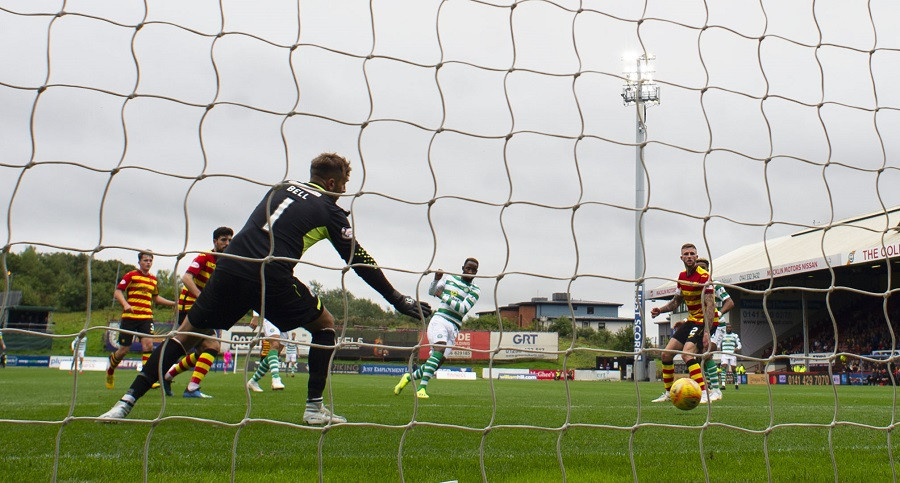 Resident statto @splstats looks at some of the numbers behind the weekend games in the Betfred Cup and Ladbrokes Leagues 1 & 2.

31 – Betfred Cup holders Celtic beat Partick Thistle 3-1 at The Energy Check Stadium at Firhill to move into the quarter-finals. The Hoops have won the trophy in each of the last two seasons and are looking to become the first team to win it three times in a row since Rangers from 1986/87 to 1988/89. Celtic are now unbeaten in their last 31 matches against The Jags in all competitions – Thistle’s last win came while the Hoops were playing at Hampden, that was a 3-1 success in May 1995.

3 – Rangers defeated Kilmarnock 3-1 at Rugby Park on Sunday to reach the Betfred Cup quarter-finals. The Light Blues had failed to win on any of their three previous visits to Rugby Park but Colombian striker Alfredo Morelos netted all three goals to guide them into the last eight. Morelos became the first South American to score a hat-trick in Scotland since Juan Sara grabbed a treble for Dundee in a derby win over United in September 2000. Steven Gerrard has yet to lose a game since taking over at Ibrox – Sunday’s win means he is now unbeaten in nine matches.

9 – Ayr United cruised into the Betfred Cup quarter-finals courtesy of a 3-0 victory over Dundee at The Kilmac Stadium at Dens Park. Lawrence Shankland netted another double to take his tally for the season to 11 goals. Shankland has scored nine times in this season’s Betfred Cup – the last player to reach that total in a season was Ally McCoist in 1983/84. Ian McCall’s side have now kept seven consecutive clean sheets in all competitions and are just one short of matching the club record of eight, set way back in 1912/13. The Honest Men have reached the last eight for the first time since 2011/12, when they made it to the semis before losing to local rivals, and eventual winners, Kilmarnock in extra time.

10 – Montrose defeated Brechin City 2-1 in Ladbrokes League 1 to end a run of 10 matches without a win over their Angus rivals. The Gable Endies and City are in the same division for the first time since 2001/02 and their only meeting since then was a Challenge Cup match in 2007, which Brechin won 2-1. Montrose’s last victory before Saturday came in January 2000, when David Craig scored the only goal at Links Park.

4 – Cowdenbeath picked up their first Ladbrokes League 2 victory of the season with a 4-0 thumping of Berwick Rangers at Central Park. The Blue Brazil won just six matches in the whole of last season and none by more than two goals. Saturday’s success was their biggest win in over four years, since John Armstrong and Kane Hemmings netted two goals apiece to hand them a 4-0 victory over Livingston in the Ladbrokes Championship in April 2014.