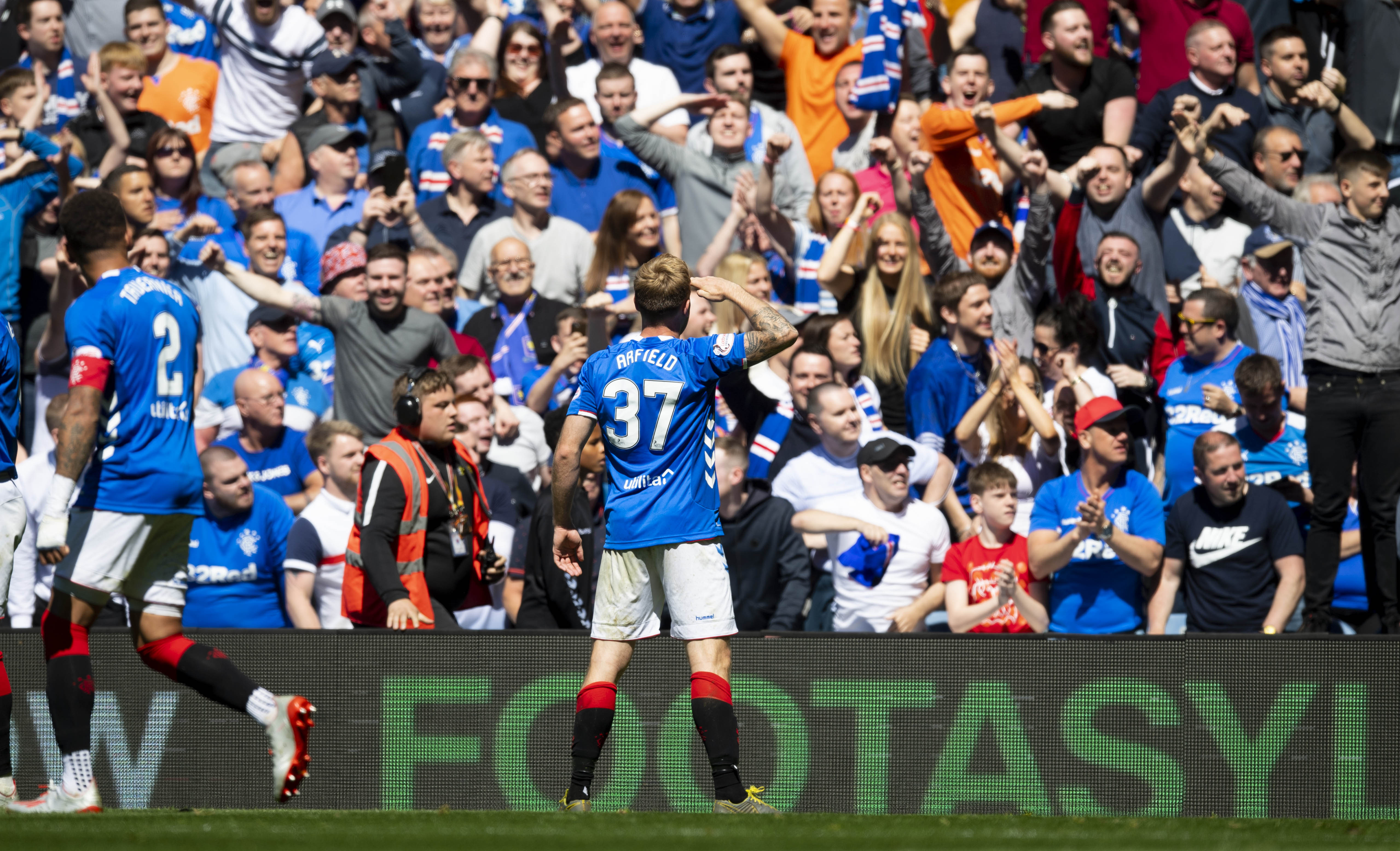 6 – Rangers defeated Celtic 2-0 at Ibrox on Sunday to continue their impressive finish to the Ladbrokes Premiership season. Steven Gerrard’s side picked up their sixth consecutive league win, which is the Ibrox club’s best run since they were promoted to the Premiership back in 2016. The Light Blues have conceded just a single goal in that run, and that was a late consolation from Hearts’ Steven MacLean. The Gers have won both of their home matches against the Hoops this season, and Sunday’s success was the first time they had beaten Celtic by two or more goals since a 4-2 success in September 2011.

3 – Kilmarnock clung on to third place in the Ladbrokes Premiership table thanks to a narrow 1-0 victory over Hibernian at Rugby Park. Eamonn Brophy’s penalty ensured that Killie remain ahead of Aberdeen on goal difference heading into the final week of the season. Saturday’s clean sheet was Killie’s seventh in their last 10 matches, and they only conceded a single goal in each of the other three games. Steve Clarke’s side know that a victory over Rangers on Sunday will secure third place and a spot in the Europa League. Anything other than a win could open the door for Aberdeen, who travel to Easter Road. Whichever side loses out on third spot will have an anxious wait – if Hearts win the Scottish Cup then they, and not the fourth-placed Premiership side, would take the remaining berth in the Europa League.

17 – Inverness Caledonian Thistle secured their place in the Ladbrokes Premiership Play-off semi-final – their 1-1 draw with Ayr United ensured a 4-2 aggregate victory over the Honest Men. Saturday’s result should have come as little surprise to the Caley Jags’ support – it was their 17th draw of the season in all competitions. John Robertson’s side drew as many matches as they won in the league (14), but were able to pull out a big win when it mattered in Tuesday night’s first leg against Ayr. They have set up a semi-final clash with Dundee United – matches between the sides have been tight so far this season, with United picking up two wins to Inverness’ one, while there have inevitably been two draws.

5 – In a week of comebacks, Queen of the South produced one of their own to smash their way into the Ladbrokes Championship Play-off final. The Doonhamers trailed Montrose 2-1 from the first leg but, inspired by the returning Stephen Dobbie, they blew away the Gable Endies to rack up a 5-0 victory. All five of Queens’ goals came in the first half, with Dobbie netting a treble to set a new club record of 43 goals in a single season. Dobbie’s hat-trick is his sixth of this campaign, and his 10th since the start of last season. His very first career hat-trick also came against Montrose, when he scored three times against them for Hibernian in a 9-0 victory in the League Cup in 2003. Queens will face Raith Rovers in the final after the Kirkcaldy side overcame Forfar Athletic in the other semi.

5 – Annan Athletic moved into the Ladbrokes League 1 Play-off final after defeating Stenhousemuir 2-1 at Ochilview to complete a 4-1 aggregate victory. The Galabankies will be aiming to gain promotion into the third tier for the first time in their history – this is their fourth appearance in the play-offs since joining the SFL in 2008 but they have yet to taste success – this will their first final since the 2010/11 campaign, when they lost out to Albion Rovers. Peter Murphy’s side finished the league season in fantastic form, and have continued that into the play-offs – they have now recorded five consecutive victories, and have won seven of their last eight. Their last defeat came against Clyde, who will be their opponents in the play-off final – the Bully Wee comfortably dispatched Edinburgh City 4-0 on aggregate in the other semi.

2 – Cove Rangers are seeking to become the newest members of the SPFL – the Highland League champions thumped Berwick Rangers 4-0 at Balmoral Stadium in the first leg of the Ladbrokes League 2 Play-off final. Cove narrowly lost out to Cowdenbeath in last season’s final, but Saturday’s emphatic win has put them firmly in the drivimg seat ahead of their trip to England on Saturday. Cove would become just the second club to gain promotion into the SPFL, following Edinburgh City who did so at the expense of East Stirlingshire in 2016. Barring a miraculous turnaround, Berwick Rangers’ 64-year spell in the Scottish League will come to an end, and they will play in the Lowland League next season.