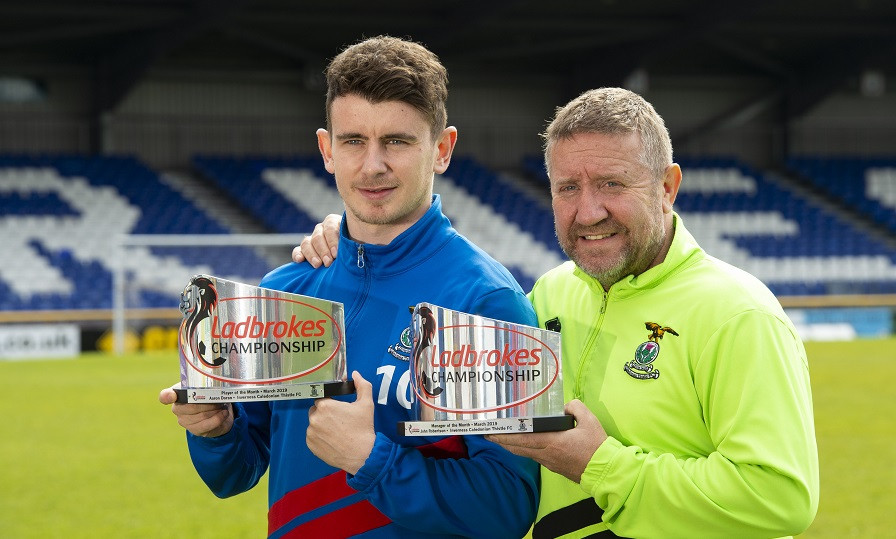 Inverness Caledonian Thistle have landed a Ladbrokes Championship awards double after picking up 10 points from 12 during March.

ICT won 2-0 at Queen of the South and 2-1 at Partick Thistle before a 3-2 home victory over Alloa Athletic and a 0-0 draw with Falkirk.

John Robertson was voted Manager of the Month and winger Aaron Doran, who scored in each of the Highland club's three Championship wins, was named Player of the Month.

Caley Thistle also beat Dundee United to set up a Scottish Cup semi-final with Hearts and have a six-point lead in the final play-off place going into Saturday's game against Ayr United at Somerset Park.