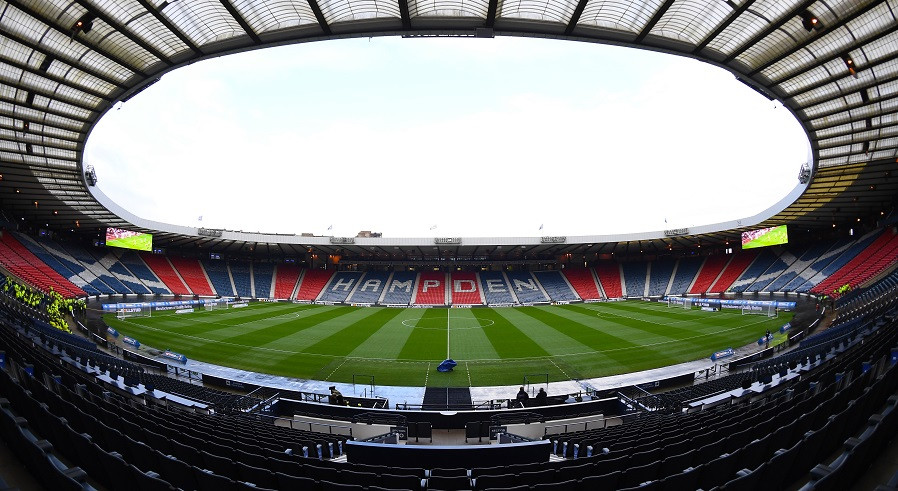 Please arrive early
All supporters should note that enhanced search arrangements will be in place for this match. This additional safety measure has the potential to delay entry into the ground so fans are strongly encouraged to get to the stadium as early as possible.

Turnstiles will be open 90 minutes before kick-off, ie 1.30pm.

Access Control
A new access control system will be in place at Hampden Park and supporters should take note of the information below.

Unacceptable conduct is conduct which is violent or disorderly. Violent conduct includes any actual, attempted or threatened physical violence against any person, or intentional damage to property.

Disorderly conduct includes: Conduct which stirs up or sustains, or is likely or is designed to stir up or sustain, hatred or ill will against or towards individuals or groups of people based on their membership of presumed membership of the following categories:

Any person engaging in unacceptable conduct may be subject to removal from the Stadium, report to the police and possible criminal proceedings