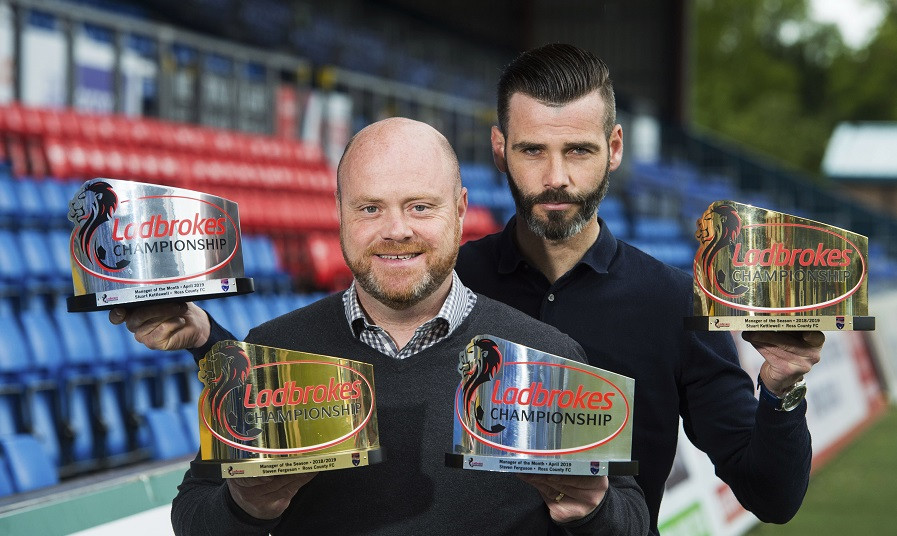 Ross County co-bosses Steven Ferguson and Stuart Kettlewell have been voted Ladbrokes Championship Manager of the Year for 2018/19.

The pair guided the Staggies back into the top flight at the first time of asking and sealed the title with a 4-0 win over Queen of the South in Dingwall in their second-last game.

They can now look forward to Premiership football again when the new season kicks off on the weekend of August 3.