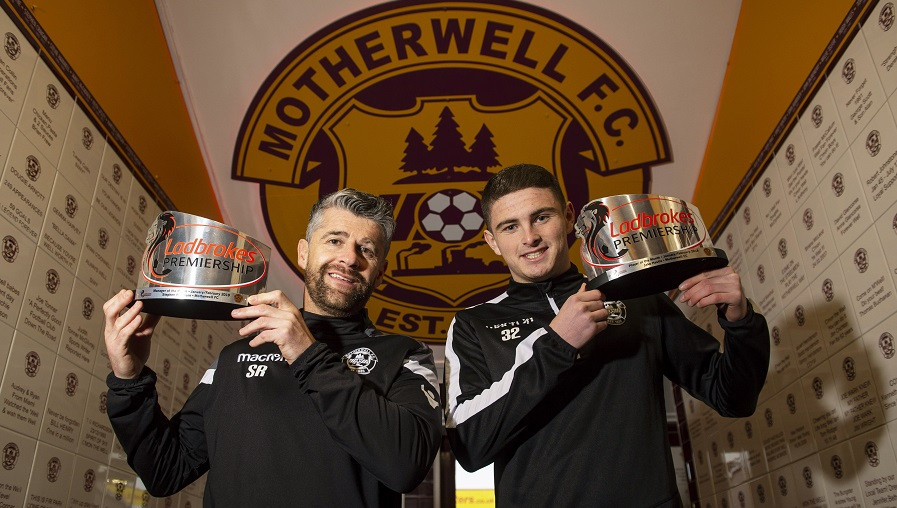 Motherwell have been rewarded for their fine run of form with a Ladbrokes Premiership awards double for January/February...

Hastie, who spent the first half of the season on loan to Alloa Athletic in the Championship, weighed in with four goals for the Steelmen during February.