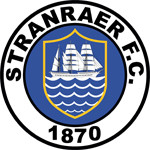 Jamie Hamill has been named as the new manager of Stranraer following the recent departure of Stevie Farrell to Dumbarton.

The 34-year-old former Hearts and Kilmarnock midfielder joined the Blues from Queen of the South four years ago and was latterly a player/coach.

Hamill will be assisted by striker Darryl Duffy, with defender Scott Robertson also taking on a coaching role with the League 2 club.