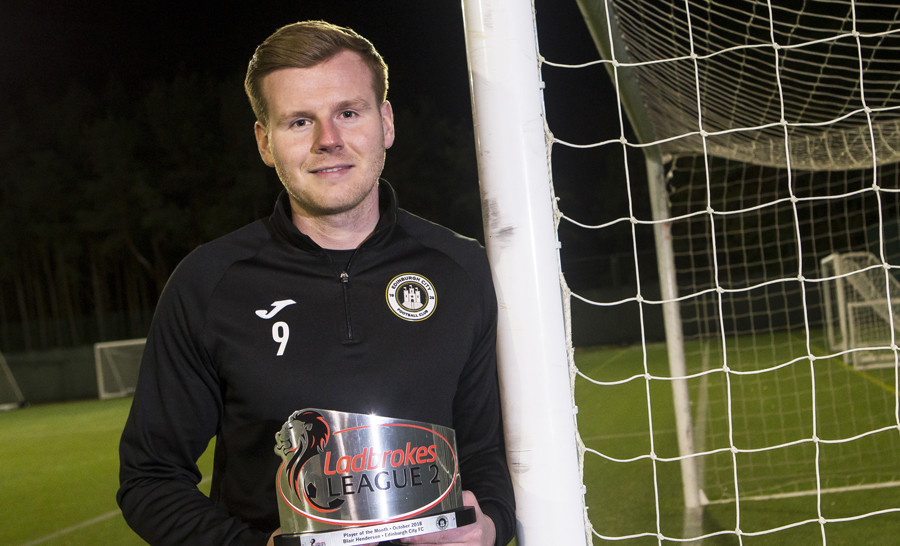 The former Berwick Rangers, Stirling Albion and Annan Athletic forward is the leading marksman in League 2, with nine goals in the league and 15 in all competitions.

Henderson has been a key player for James McDonaugh's men, who have won nine of their 10 matches in League 2 going into this afternoon's game against Clyde at Ainslie Park.