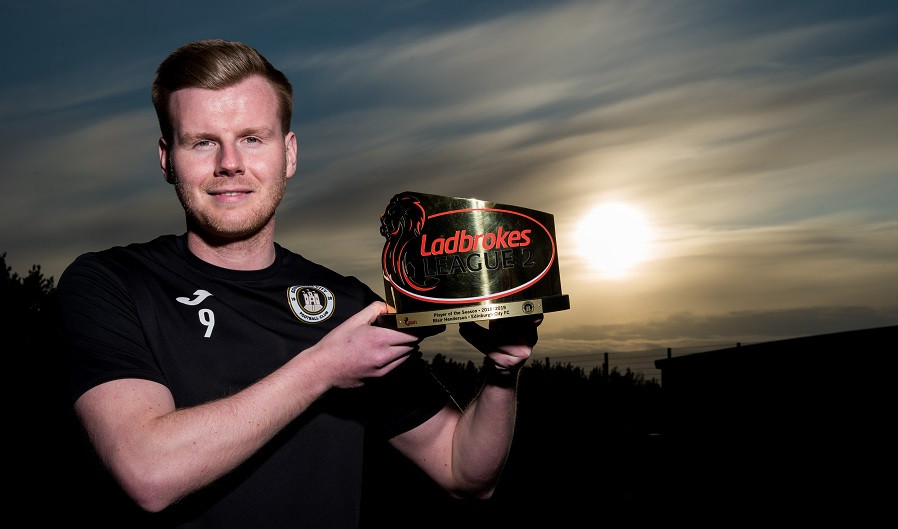 Edinburgh City striker Blair Henderson has been named Ladbrokes League 2 Player of the Year for 2018/19...

The former Annan Athletic forward has been in sensational goalscoring form for the Citizens, scoring 38 times in all competitions and weighing in with 30 goals in League 2.