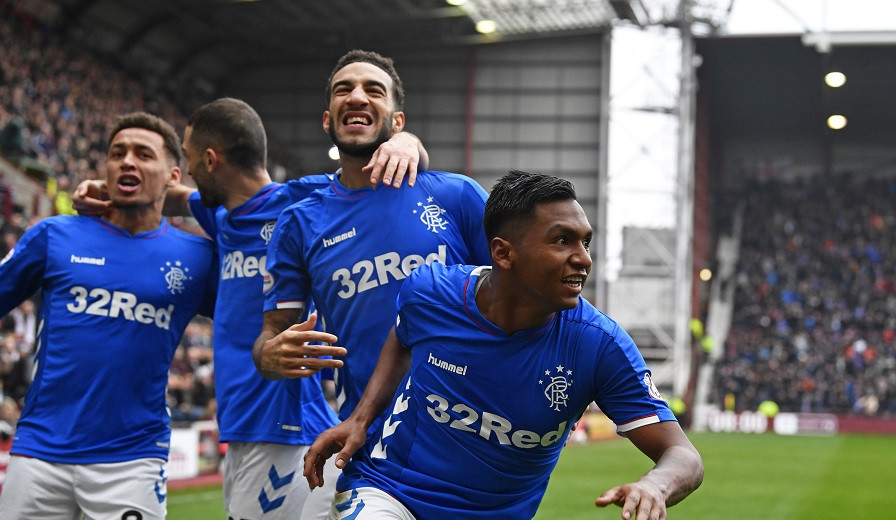 Rangers defeated Hearts 2-1 at Tynecastle on Sunday to move to the top of the Ladbrokes Premiership table.

A Gareth McAuley own goal gave Craig Levein's side the lead after 27 minutes but Connor Goldson equalised and Alfredo Morelos had Steven Gerrard's team in front by half-time.

Rangers midfielder Scott Arfield was sent off with 18 minutes left but the visitors held on to move a point ahead of Celtic.