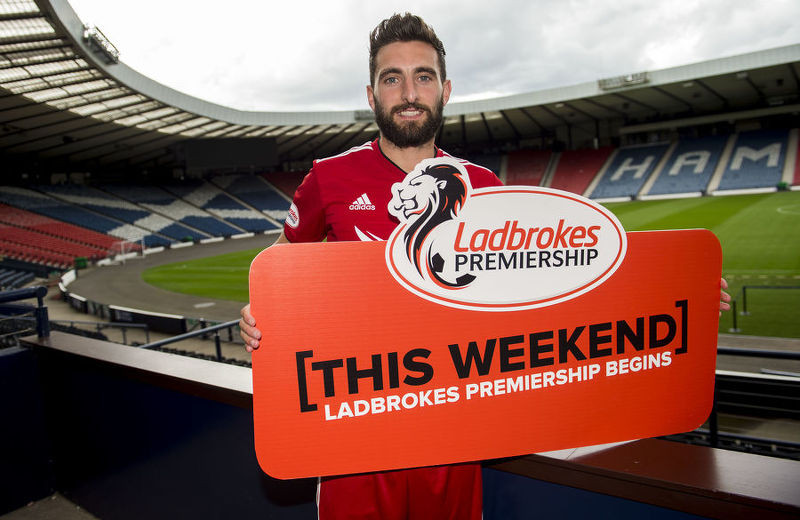 Here are four big games to look out for on the opening weekend.

Aberdeen v Rangers - Ladbrokes Premiership
This should be a cracker at Pittodrie as last season's runners-up host Steven Gerrard's side.  It's live on Sky Sports on Sunday, kick-off 1.00pm. It was 1-1 when the sides last met in May, with Ross McCrorie cancelling out a penalty from Kenny McLean.

Dundee United v Dunfermline Athletic - Ladbrokes Championship
United came out on top when the sides met in the play-offs in May but Csaba Laszlo's men suffered a poor Betfred Cup campaign while the Pars won four out of four in their section to set up a last-16 clash with Hearts.

Montrose v Arbroath - Ladbrokes League 1
Stewart Petrie did an outstanding job to lead the Gable Endies out of the bottom tier after more than 20 years at that level. Montrose start at home to local rivals Arbroath, who finished in the top four last season.

Peterhead v Queen's Park - Ladbrokes League 2
Peterhead, along with Clyde, are fancied by the bookies to challenge for the title. Jim McInally is the longest-serving SPFL boss and pits his wits against Gus MacPherson, who will be hoping to guide Queen’s Park back into League 1 at the first attempt following relegation in the play-offs.