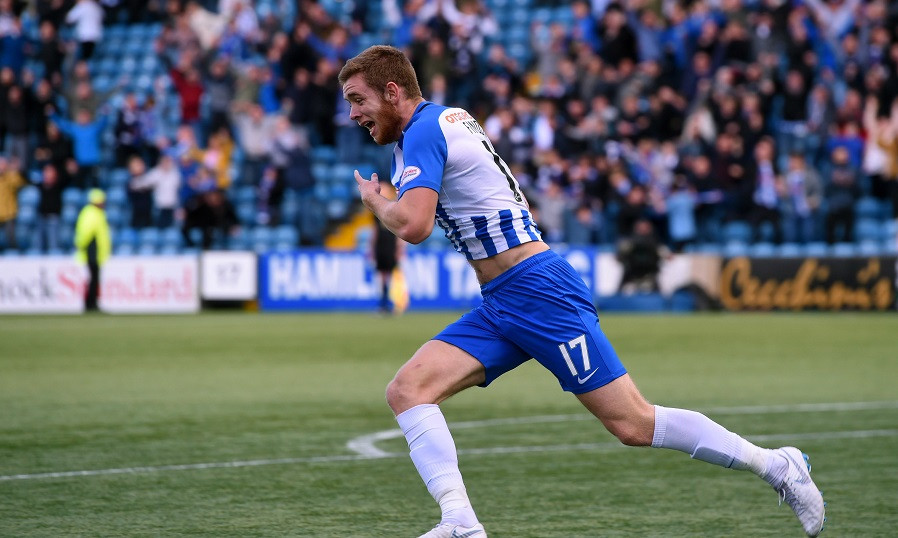 Resident statto @splstats crunches some of the numbers from the weekend…

4 – Kilmarnock moved up to fifth place in the Ladbrokes Premiership thanks to a last-gasp 2-1 victory over Celtic at Rugby Park. The Ayrshire side are unbeaten in four matches against the Hoops since Steve Clarke took over last year; this is their best unbeaten run against Celtic since August 1961-March 1963. Killie have won 11 of their last 14 Premiership matches at Rugby Park – only Aberdeen and Heart of Midlothian have beaten them in Ayrshire since Hibs did so in October last year. Sunday’s win was the first time in over 80 years that Killie had come from behind to beat Celtic – the last time was a 4-2 victory at Celtic Park in September 1936.

5 – Rangers thumped St Johnstone 5-1 at Ibrox to climb to second in the Ladbrokes Premiership. Steven Gerrard’s side have now recorded five consecutive home wins in all competitions, racking up 15 goals in the process – this is their best run of victories at Ibrox since October-December 2016. Sunday’s win was the first time the Gers had netted five times in a league match at Ibrox in three years; the last time was a 5-0 victory over Raith Rovers in the Championship in September 2015.

15 – Ayr United returned to the summit of the Ladbrokes Championship thanks to a 2-0 victory over Alloa Athletic at the Indodrill Stadium. Lawrence Shankland was once again the goalscoring hero for The Honest Men – he netted both goals to take his tally for the season to 15 goals from 12 games. The 23-year-old striker has now netted 44 goals in 45 matches since making the move to Ayrshire in September 2017. Saturday’s shut-out marked Ayr’s sixth clean sheet in seven away matches in all competitions this season; the only aberration was a 5-0 thumping from Queen of the South at Palmerston earlier this month.

11 – Arbroath came from behind to beat Stenhousemuir 2-1 at Ochilview and extend their lead at the top of Ladbrokes League 1 to four points. Dick Campbell’s side are now unbeaten in 11 matches in all competitions, which is their best run since January to March 2012. They are now just two short of equalling the club record of 13, which was first set in 1952/53 and equalled in 2006/07.

7 – Annan Athletic defeated Stirling Albion 2-1 at Forthbank to keep themselves within touching distance of the leading pack in Ladbrokes League 2. The Galabankies had lost on each of their last seven visits to Stirling, a run which stretched all the way back to 2014. In fact, they had only ever recorded one previous win away to the Binos – that came in September 2013, when goals from Ally Love and David Hopkirk handed them a 2-0 win.