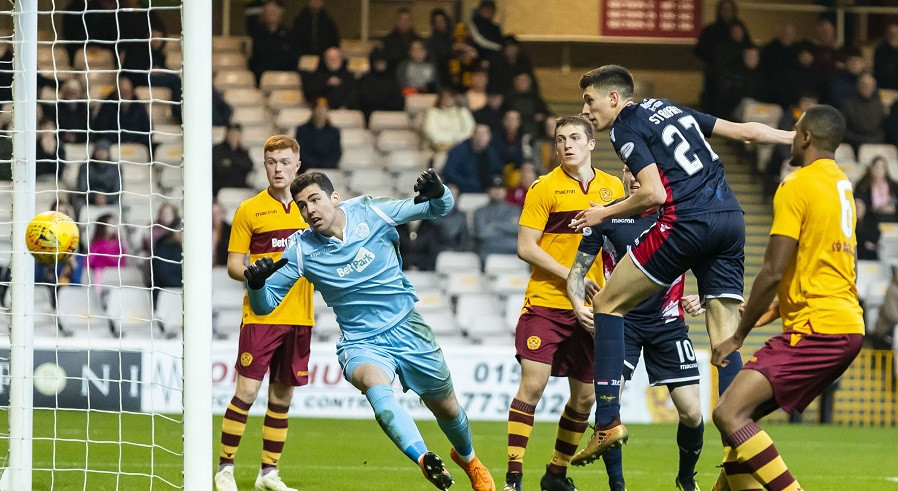 1 – Edinburgh City reached their first IRN-BRU Cup semi-final after coming from 2-0 down to beat Alloa Athletic on penalties at Ainslie Park. The Citizens are the first Edinburgh club to reach the last four of the competition in 25 years – the last team from the capital to do so were Meadowbank Thistle, who lost 3-2 to Falkirk at Brockville in 1993/94. James McDonaugh’s side have reached the last four by beating four teams from four different divisions – Alloa from the Championship, Arbroath from League 1, Albion Rovers from League 2 and East Kilbride from the Lowland League. They could have the opportunity to face a side from a fifth different league in the semi-final, with Connah’s Quay Nomads of the Welsh Premier League and Bohemians from the League of Ireland both featuring in Wednesday afternoon’s draw.

6 – Ross County defeated Motherwell Colts 2-1 at Fir Park to move into the IRN-BRU Cup semi-finals. The Staggies have reached this stage for the sixth time - they have won four of their previous five semi-finals. County have won nine of their last 10 away matches in this competition – the exception was a 1-0 defeat to rivals Inverness Caledonian Thistle in the 2009/10 semi-final. County have won the trophy twice – against Clyde in 2006/07 and Queen of the South in 2010/11.

3 – Inverness Caledonian Thistle extended their unbeaten league record to 25 matches after coming from 3-0 down to draw 3-3 with Queen of the South at Palmerston. The last time the Caley Jags came from three goals behind to gain a point was a 4-4 draw with Dundee United in December 2012. On that occasion United led 3-0 within eight minutes, then Inverness roared back to lead 4-3, only to concede a last-minute Jon Daly penalty. John Robertson’s side have not lost a Ladbrokes Championship match since March, but have drawn an incredible 10 of their 14 league games so far this season.

5 – Arbroath remain 10 points clear at the top of Ladbrokes League 1 after thumping rivals Brechin City 5-1 at Glebe Park. The Red Lichties have won five consecutive league matches for the first time since September-October 2014. It was their biggest derby win over City in almost 50 years – the last time they beat Brechin by a four-goal margin was a 5-1 success in September 1969. On that day, just like on Saturday, Arbroath had five different scorers – Jimmy Jack, Tommy Ward, Harry Campbell, Jim Cant and an Alastair Littlejohn own goal.

2 – Berwick Rangers defeated Albion Rovers 2-0 at Shielfield to move further away from the Ladbrokes League 2 relegation zone. After a slow start, new Berwick boss Johnny Harvey has picked up two consecutive victories to build up an eight-point gap on Rovers at the bottom, and move to within nine points of Annan Athletic in the final promotion play-off spot. Prior to this weekend, it had been over two-and-a-half years since The Wee Rangers won two league matches in a row in the same season – that came back in April 2016.