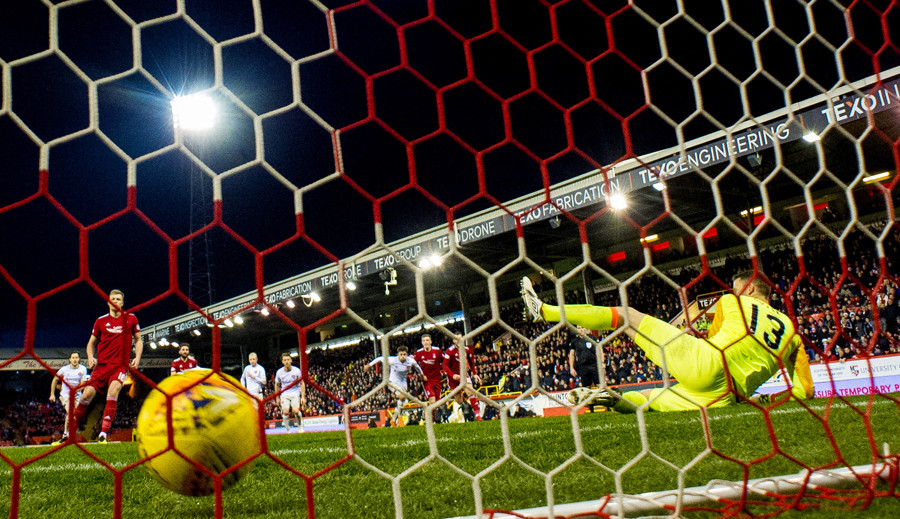 Resident statto @splstats crunches some of the numbers from the weekend...

9 – Celtic remain a point clear at the top of the Ladbrokes Premiership after defeating Dundee 3-0 at Celtic Park on Saturday. Brendan Rodgers’ side have a 100% home league record this season – they have picked up nine wins out of nine, racking up a 26-4 aggregate scoreline in the process. The Hoops have not lost to Dundee in their last 35 meetings in all competitions, a run which consists of 29 wins and six draws. Dundee’s last victory over Celtic came in May 2001, when Fabian Caballero scored a double in a 2-0 win in Glasgow.

3 – Aberdeen defeated Heart of Midlothian 2-0 at Pittodrie to climb to third in the Ladbrokes Premiership table. Derek McInnes’ team have picked up five wins in their last six matches, with the only aberration being a home loss to St Johnstone at the start of the month. Sam Cosgrove scored both goals on Saturday to continue his recent hot streak – the 22-year-old striker has netted six times in his last four matches, having previously only scored twice in 22 appearances for The Dons.

1 – Ross County moved back to the top of the Ladbrokes Championship after beating Partick Thistle 2-0 at the Global Energy Stadium. Steven Ferguson and Stuart Kettlewell have led their side to a six-match unbeaten run to leapfrog Ayr United, although The Honest Men still have a game in hand. The Staggies have only lost one match in all competitions since the start of September – a 1-0 home defeat to Dundee United in November.

2 – Raith Rovers kept their slim Ladbrokes League 1 title hopes alive by beating leaders Arbroath 2-0 at Gayfield in Saturday’s top-of-the-table clash. Rovers inflicted The Red Lichties’ first league defeat of the season to cut the gap to 10 points at the halfway stage. Raith are unbeaten in their last seven league visits to Gayfield – they haven’t lost away to Arbroath in the league since December 1986.

7 – Edinburgh City defeated Cowdenbeath 2-0 at Central Park to maintain their five-point lead at the top of Ladbrokes League 2. James McDonaugh’s side lost their opening away league fixture against Elgin City but since then they have recorded seven straight wins on the road. The Citizens have built this away form on a strong defensive record – they have conceded just three goals in eight away matches this season, which is the lowest tally across the four divisions of the SPFL.