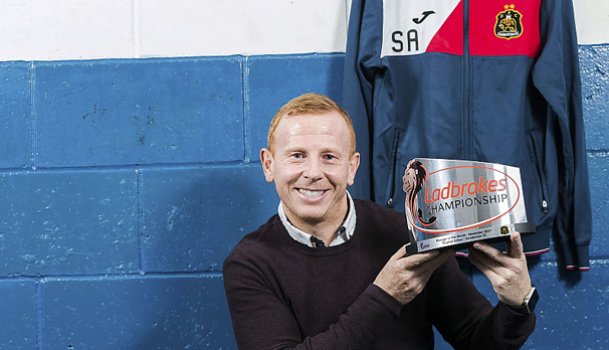 Aitken voted Manager of the Month

Dumbarton boss Stevie Aitken has been voted Ladbrokes Championship Manager of the Month for November.

Dumbarton boss Stevie Aitken has been voted Ladbrokes Championship Manager of the Month for November.

The Sons began the month with a vital 1-0 win at Brechin then drew 2-2 with Dunfermline Athletic and Queen of the South, with only late equalisers denying them full points on both occasions.

Dumbarton host Livingston this weekend on the back of a six-match unbeaten run in all competitions and are seventh in the Championship, five points outside the promotion play-offs.

Aitken has kept the part-time club in the second tier since his arrival from Stranraer in the summer of 2015 as a replacement for Ian Murray.