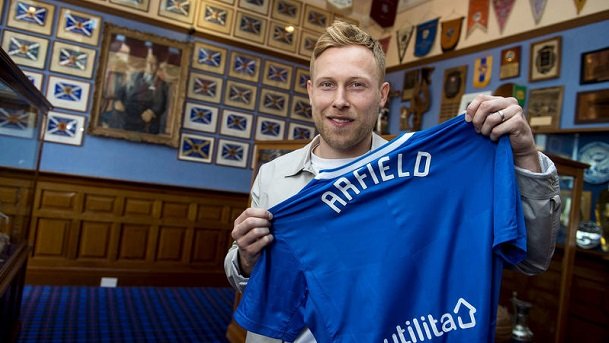 Rangers have announced the signing of midfielder Scott Arfield on a four-year deal from Burnley.

Rangers have announced the signing of midfielder Scott Arfield on a four-year deal from Burnley.

The 29-year-old former Falkirk and Huddersfield Town player has been capped 12 times for Canada, having previously played for Scotland at B level.

New boss Steven Gerrard told the club website: "I am delighted to have added Scott Arfield to the squad for next season. He is a talented and competitive midfielder who has competed at a high level in the English Premiership and internationally for Canada.

“It’s pleasing also that we have been able to start our rebuilding process so quickly after the end of the season. There is much more to be done, of course, as we look to build towards our Europa League campaign which will start in early July.”