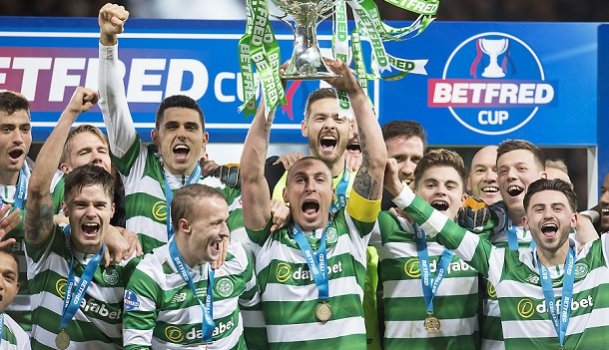 Total prize and television money for the 2017 Betfred Cup will increase by 15% in the coming season, including a record &pound;250,000 for the winners.&nbsp;

Total prize and television money for the 2017 Betfred Cup will increase by 15% in the coming season, including a record £250,000 for the winners.

The SPFL confirmed today that more than £1.6million will be paid in prize money, and almost £500,000 in TV payments. This equates to an overall prize and television pot of £2,073,000 – a substantial increase on £1.8 million last season.

The Betfred Cup introduced a new format last season which was widely acclaimed by clubs, players, managers, supporters and the media.

SPFL Chief Executive Neil Doncaster said: “Thanks to the support of all clubs, the Betfred Cup has been transformed into a truly exciting and innovative competition. We’re thrilled that it has been further boosted by this significant increase in prize and television money, firmly cementing the Betfred Cup as a key competition in Scottish football.”

The eight clubs who finish in fifth position in the first round group stage will each receive £17,000 in prize money, while eight fourth place finishers will take home £19,000 each and the eight teams in third place in the group stage will earn £21,000 per club.

The draw for the Group Stage of the 2017 Betfred Cup was made live on BT Sport last month. This year’s competition will kick-off with an Ayrshire derby on Friday, 14 July, one of six group ties live on broadcast partner BT Sport. Each of the 12 clubs involved in a televised group stage match will earn £12,500.

The 2017 Betfred Cup will kick off another season of Scottish football and follows a hugely successful first year in the competition’s unique format, which saw a number of innovations introduced.