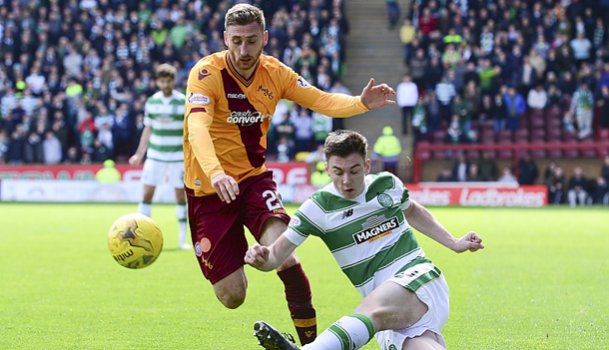 Craig Fowler looks at six of the players who could have a major influence on Sunday&rsquo;s Betfred Cup final between Motherwell and Celtic at Hampden Park.

Craig Fowler looks at six of the players who could have a major influence on Sunday’s Betfred Cup final between Motherwell and Celtic at Hampden Park.

It’s the first meeting of the teams this season and part one of a triple header, with Premiership meetings at Fir Park and Parkhead also coming up.

Moussa Dembele (Celtic)
It’ll be interesting to see which striker Brendan Rodgers starts with. Dembele is the first-choice option when everyone is fit and raring to go, though the Frenchman only recently returned to full fitness. Not to mention the fact Leigh Griffiths netted the winner in Celtic’s last domestic match, away to Ross County. In the end, though, this is a cup final, and while tiredness may be a factor after PSG in the Champions League in midweek, Rodgers will want to go with his strongest starting XI. Dembele showed his quality in the semi-final, bagging a double from the bench. He netted in every round of last year’s competition, so this is clearly a platform he relishes.

Richard Tait (Motherwell)
Regardless of whether Motherwell go with a 3-5-2, 4-2-3-1 or, as in the recent win over Aberdeen, a 4-4-2 diamond, one thing will be set in stone, Richard Tait will play a significant role. The full-back, who’s largely operated on the left this season, is one of the most accurate crossers in the league with 39% of his deliveries finding a team-mate. That is a massive part of Motherwell’s game-plan but it will be curtailed against Celtic, as they will probably spend limited time on the ball. When Tait does get the opportunity to cross into the penalty area, he’ll have to make sure it’s on the money. At the other end it will be a tough role in terms of looking after both his assigned marker, likely to be James Forrest, and any other Celtic attacker that drifts into his area.

Louis Moult (Motherwell)
We all saw in the semi-final exactly what the striker is capable of. He showed instinct to get himself in the right area to finish from close range after a scramble in the six-yard box. Then he showed incredible technique and confidence to net a stunning second and seal Motherwell’s place in the showpiece event. Opportunities will likely be few and far between in this encounter, but if he gets a sniff of one then there’s few other attackers in the league you’d want on the end of it. His battling qualities will be tested too, as he tries to challenge the Celtic centre-backs and haul his team up the park.

Kieran Tierney (Celtic)
We all know about the full-back’s attacking qualities. His rampaging runs down the left flank are a hugely powerful weapon in Celtic’s arsenal, as he provides an option from deep that leaves opponents in a bit of a quandary. Do they, a) let their defensive set-up deal with the interloper, thus putting themselves in danger of being overloaded on one side? Or do they, b) sacrifice an attacking player to man-mark Tierney, thus robbing themselves of another outlet which could help drag the team up the park, and limit their opportunities to score themselves. Teams have tried both in the last year; neither tend to work. Meanwhile, Tierney will have to keep a close eye defensively on Chris Cadden if, as expected, the midfielder plays on the right flank.

Cedric Kipre (Motherwell)
A Motherwell defender was always going to find his way into this list, wasn’t he? It goes without saying that each and every member of the back-line for Stephen Robinson's side have to stay switched on for 90 minutes (possibly even longer) on Sunday. But they’ll also have to play above their station, winning their individual battles. One man who’s certainly capable of doing that is Kipre. He’s got excellent physical abilities, allowing him to dominate in the air and stay touch-tight to quicker attackers. If he can remain switched on for 90 minutes then Motherwell will give themselves a chance at causing an upset.

Scott Brown (Celtic)
Celtic should win the midfield battle, at least in terms of possession. It’s how much they win that battle by which will go a long way to determining the result. Celtic have not been at their strongest when Brown has been absent in certain games. His leadership and ability to affect the midfield, both in and out of possession, are so valuable to Celtic. If the likes of Allan Campbell and Andy Rose, both energetic midfielders, can do something to disrupt Brown and stop him from dictating the tempo, then Motherwell may earn themselves a platform in which to play. If Brown’s at the top of this game then the Steelmen will find it tough.