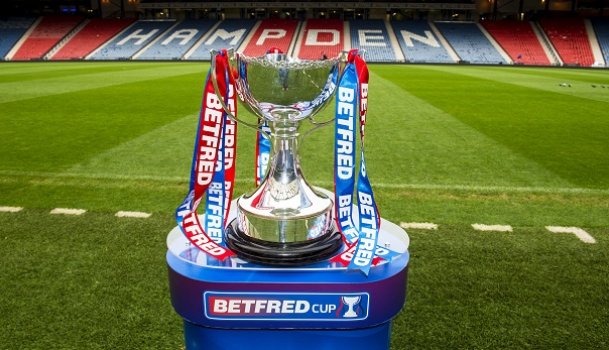 We look at some of the numbers ahead of Sunday&rsquo;s Betfred Cup final between Aberdeen and Celtic at Hampden Park, live on BT Sport at 3.00pm.

We look at some of the numbers ahead of Sunday’s Betfred Cup final between Aberdeen and Celtic at Hampden Park, live on BT Sport at 3.00pm.

2 Aberdeen and Celtic have met in only two previous finals. Ally MacLeod led the Dons to a 2-1 victory in 1976/77 when Davie Robb scored the clincher in extra time after Drew Jarvie had cancelled out a Kenny Dalglish penalty. Dalglish was in charge when Celtic beat Aberdeen 2-0 in the 1999/00 final - Vidar Riseth and Tommy Johnson got the goals and the Pittodrie side had Thomas Solberg sent off.

15 Celtic have lifted the trophy on 15 occasions and are appearing in their 31st final. They won the League Cup five times in a row during the 1960s and can lay claim to the biggest ever victory - they beat Rangers 7-1 in the 1957/58 decider, having claimed the silverware for the first time by defeating Partick Thistle 3-0 in a replay the previous year.

9 There have been nine League Cup final hat-tricks, the most recent of which was scored by Henrik Larsson when Celtic beat Kilmarnock 3-0 in 2000/01. The 1974/75 final produced two trebles - Dixie Deans for Celtic and Joe Harper of Hibernian in a 6-3 win for the Parkhead club. The only player to have netted four goals is Jim Forrest, when Rangers beat Morton 5-0 in 1963/64.

7 Rangers striker Martyn Waghorn is the top scorer in this season's Betfred Cup. His seven-goal haul includes a quarter-final hat-trick against Queen of the South. Brian Graham scored six goals for Ross County in the group stage and Greg Stewart did likewise for Dundee but both players have since moved on - Graham joined Hibernian and Stewart moved to Birmingham City. Celtic striker Moussa Dembele has scored four goals in the 2016/17 Betfred Cup.