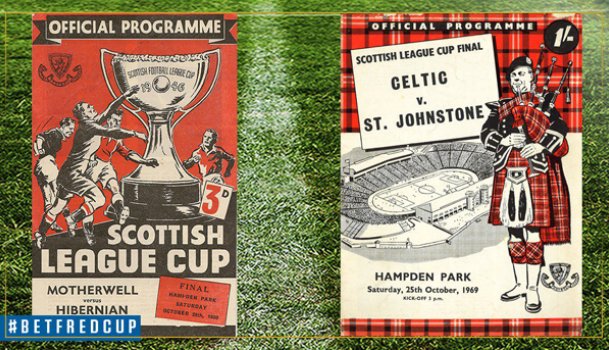 Resident statto @splstats looks at some of the numbers behind Sunday&#39;s Betfred Cup Final between Motherwell and Celtic at Hampden.

Resident statto @splstats looks at some of the numbers behind Sunday's Betfred Cup Final between Motherwell and Celtic at Hampden.

1 – Sunday’s match will be the first ever meeting of Motherwell and Celtic in the final of the Betfred Cup. The sides have faced each other in four Scottish Cup finals, with Celtic coming out on top on all four occasions. The most recent of these meetings came in the 2011 Scottish Cup final, when the Hoops recorded a comfortable 3-0 victory. Motherwell have only ever beaten Celtic once at Hampden – that came in the 1991 Scottish Cup semi-final replay, when goals from Dougie Arnott (2), Colin O’Neill and Stevie Kirk handed them a 4-2 victory.

67 – Motherwell will be aiming to win the Betfred Cup for the first time in 67 years when they take on Celtic. This will be the Steelmen’s fourth appearance in the League Cup final, and their first in over 12 years. Their most recent final appearance was a disappointing 5-1 loss to Rangers in 2004/05, while they also lost 4-2 to Heart of Midlothian in 1954/55. Their only success in the tournament came in their first final appearance back in 1950/51, when George Stevenson led his side to a 3-0 victory over a Hibernian team which would go on to convincingly win the league title. Motherwell have only tasted cup success once since then – that came when they defeated Dundee United 4-3 to win the 1991 Scottish Cup.

2 – Celtic are aiming to defend the Betfred Cup trophy they won after beating Aberdeen 3-0 in the final last season. If they win on Sunday, Brendan Rodgers would become the first Hoops manager to claim consecutive League Cup trophies since Jock Stein won five in a row from 1965/66 to 1969/70. Celtic did win two League Cups running in 1999/00 and 2000/01, but the first of those was won by Kenny Dalglish, while the second was presided over by Martin O’Neill.

3 – Motherwell will make their third visit to Hampden this season when they take on holders Celtic in the Betfred Cup final. Stephen Robinson’s side kicked off their campaign with a 5-1 victory over Queen’s Park back in July, and then defeated Rangers 2-0 in the semi-final last month. The Steelmen could become just the second League Cup winners to start and finish their cup run at Hampden – the only previous side to do this were Livingston back in 2003/04.

64 – Celtic are aiming to extend their domestic unbeaten sequence which now stands at 64 matches. That run started against Sunday’s opponents Motherwell, who were beaten 7-0 in Ronny Deila’s final game in charge at Celtic Park. The Hoops’ last domestic defeat came against St Johnstone back in May 2016 – of the side which started that day, only four players (Erik Sviatchenko, Callum McGregor, Patrick Roberts and Leigh Griffiths) remain part of the Celtic.