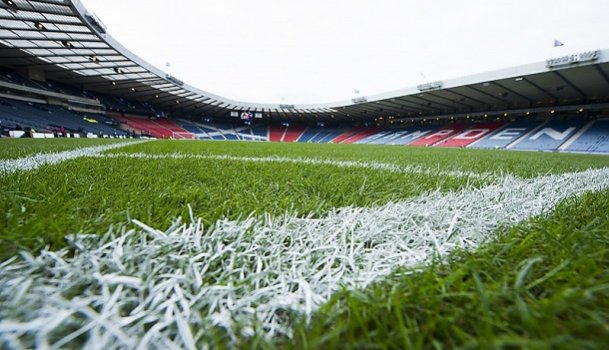 Ahead of this weekend's Betfred Cup semi-finals, police are reminding those who are attending either fixture to ensure they plan their journey in advance to ensure they don't miss kick off.

Anyone with car park passes to Hampden is asked to ensure they get to the venue at least one hour before kick-off to be certain of access to the designated car park.

There are significant roadworks outside Hampden Park on Aitkenhead Road between Curling Crescent and Curtis Avenue which are likely to cause delays and add to congestion.

In addition, Police Scotland will be utilising traffic control measures around the stadium to protect supporters as they enter and leave the stadium.

Where possible, please use public transport. Parking around Hampden Park will be limited, as normal, on match days so please take this into consideration.

Match Commander Superintendent John McBride said: "This weekend sees two more exciting football fixtures at our National Stadium. As would be expected on any match day it will be extremely busy in and around Hampden Park. We'd like to take this opportunity to remind those attending to get there early.

"Those who have car parking passes for Hampden must ensure they are parked at least an hour before kick-off. The roadworks outside the venue will cause congestion and we want to ensure that no one misses kick-off. Take public transport if you can - officers will be in attendance at local train stations to ensure that spectators get to the venue safely.

"Turnstiles open 90 minutes before kick off so give yourself plenty of time to arrive and get to your seat before the action gets under way on the pitch.

"As with any football match, the normal rules apply. Please allow extra time to get through security. If you are drunk you will not be permitted entry. Do not enter the ground with any pyrotechnic device including flares, pellets or fireworks. If you do, you will find yourself arrested and held in police custody. Why risk it?"