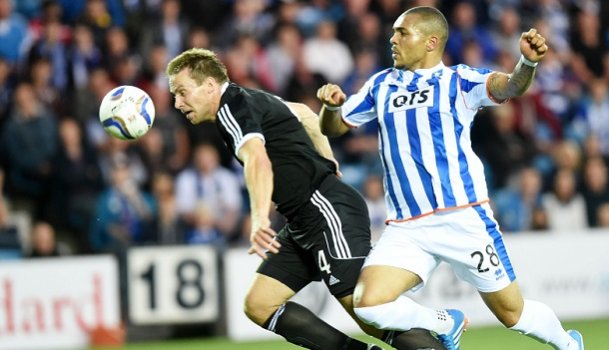 The Betfred Cup kicks off this weekend, with 16 matches on matchday one of the 80-game group stage. Here are four to look out for as 2017/18 begins...

The Betfred Cup kicks off this weekend, with 16 matches on matchday one of the 80-game group stage. Here are four to look out for as 2017/18 begins...

Ayr United v Kilmarnock - Friday, 7.45pm (BT Sport)
A big crowd is expected on Friday night as the Ayrshire rivals battle it out at Somerset Park in the Group E opener, with Clyde, Annan Athletic and Dumbarton also in the section. Killie won 1-0 at Rugby Park when the sides met in the League Cup three years ago but this is the first encounter at Somerset since a 2-2 Scottish Cup draw in January 2009.

Queen's Park v Motherwell - Saturday, 3.00pm (BT Sport)
The Spiders celebrated their 150th birthday at the weekend and face Stephen Robinson's side in an intriguing match in Group F, which also involves Berwick Rangers, Morton and Edinburgh City. Richie Foran hit a hat-trick in a 3-0 win for Well when the teams last met in this competition in September 2006 but Gus MacPherson's men will be hoping to pull off a shock this time round.

Livingston v Partick Thistle - Saturday, 3.00pm
David Hopkin's side are looking forward to life back in the Ladbrokes Championship and the Livi boss has brought in half a dozen new players, including veteran keeper Neil Alexander. The Jags, who have snapped up Niall Keown from Reading after a successful loan spell, finished in the top six in the Premiership. They won 6-1 when the teams last met in a First Division game in March 2013. Stranraer, St Mirren and Airdrie are the other Group H clubs.

East Kilbride v Hamilton Accies - Saturday, 2.00pm
Both teams were involved in dramatic play-offs at the end of the season. Accies preserved their Premiership status with a 1-0 aggregate victory over Dundee United while Lowland League champions Kilby beat Buckie Thistle but lost on penalties to Cowdenbeath and missed out on an SPFL place. Billy Stark has since become manager at K-Park and his first game pits him against Martin Canning's men. Stenhousemuir, Queen of the South and Albion Rovers make up Group G.