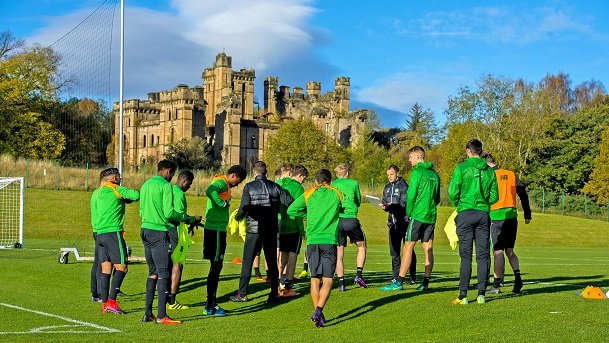 There are five Ladbrokes Premiership matches on Wednesday evening, including the visit of leaders Celtic to Ross County.

There are five Ladbrokes Premiership matches on Wednesday evening, including the visit of leaders Celtic to Ross County.

The Dingwall clash is live on BT Sport, kick-off 7.45pm, with Brendan Rodgers' side aiming to maintain their unbeaten domestic record against a Staggies team just outside the top six.

Third-placed Hearts, who have conceded fewest goals in the top flight this season, travel to play a Kilmarnock side who are yet to win in the Premiership at Rugby Park in 2016/17.

Rangers have the chance to leapfrog St Johnstone when the sides meet at Ibrox - Mark Warburton's men are unbeaten at home while Saints have won three out of five on their travels.

Motherwell welcome Inverness CT to Fir Park, with the sides separated by a single point in the table. Caley Thistle are aiming for their first away league win of the season when they take on Mark McGhee's men in Lanarkshire.

There's a big game at Dens Park as bottom club Dundee play host to a Partick Thistle team who are just a point above them - both teams have managed only one league victory so far.