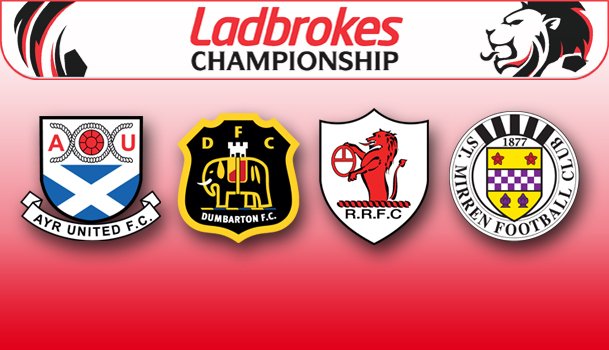 With three weeks remaining in the Ladbrokes Championship, the bottom four clubs are separated by only four points.

With three weeks remaining in the Ladbrokes Championship, the bottom four clubs are separated by only four points.

Ayr United are currently 10th while Dumbarton occupy the relegation play-off place, with both St Mirren and Raith Rovers just outside the drop zone.

Trivia: Have won more home games than anyone outside the top four but have lost 10 of their 16 away matches.

Trivia: Have lost just once in the Ladbrokes Championship since the end of January – away to Raith Rovers – and are on a seven-game unbeaten run.

Trivia: Along with St Mirren, Dumbarton have scored most goals (25) on their travels in the Championship this season despite only winning three away games.

Trivia: Earlier in the season the Honest Men went on a run of eight draws in 11 matches, losing the three other games.