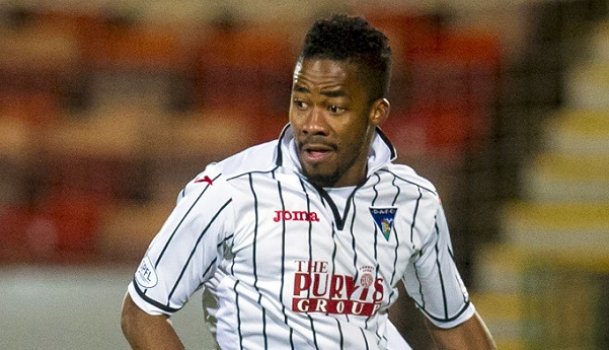 The 20-year-old joined the Pars in September after impressing on trial but made only three substitute appearances and East End Park boss John Potter has decided against offering the former Paris St Germain youth player a new deal.

He told the club website: "Ideally we would have liked to keep him for a longer term but, in the position that we are in, we just cannot afford fringe players. People have to come in and make an impact in the first team and unfortunately we just thought that he wasn't ready."