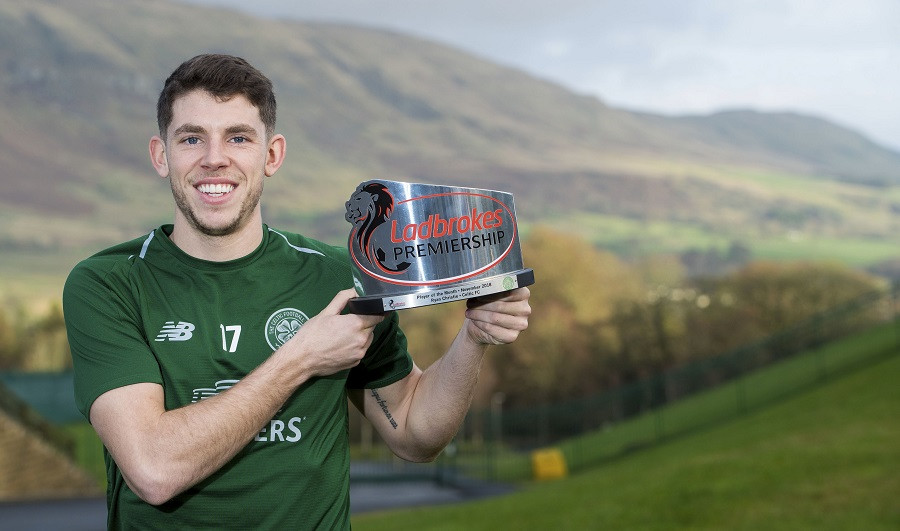 Ryan Christie has been voted Ladbrokes Premiership Player of the Month for November...

The 23-year-old former Inverness CT player has been in outstanding recent form for Celtic and scored in the wins over Hearts and Hamilton Accies last month.

The attacking midfielder also helped Scotland qualify for the Nations League play-offs and continued his good run into December by scoring the winner in Sunday's Betfred Cup final then netting in the 1-1 draw at Motherwell last night.