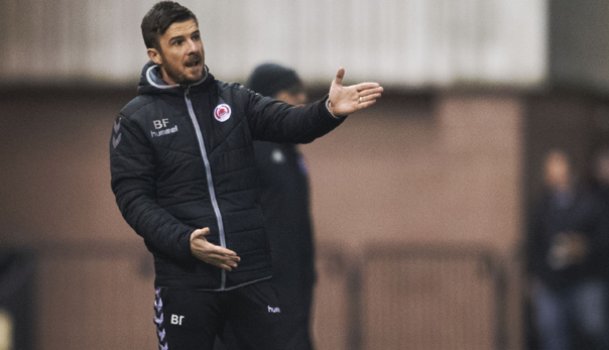 Clyde have parted company with manager Barry Ferguson in the wake of Saturday&#39;s 1-0 defeat to Annan Athletic at Galabank.

Clyde have parted company with manager Barry Ferguson in the wake of Saturday's 1-0 defeat to Annan Athletic at Galabank.

The result leaves the Bully Wee eighth in the table after a run of eight defeats and two draws in their last 10 Ladbrokes League 2 games.

The former Rangers captain took over in the summer of 2014 and led the Broadwood club to the play-off final last season but has now moved on and assistant Bob Malcolm will take charge of the team for Tuesday's home game against Montrose.

A statement on the club website read: "The board has today reluctantly accepted the resignation of first-team manager Barry Ferguson.

"Despite a welcome run in the Scottish Cup, which ended with an agonising defeat to Championship side Ayr United in a fifth-round replay, both the manager and the club were disappointed with the recent poor run of League results, often not reflecting the effort and standard of play, which culminated in the defeat at Annan yesterday.

"That result leaves the club with only an outside chance of achieving the objective of securing a play-off place and then promotion to League 1.

"The club would like to thank Barry for his unstinting commitment to the job over the last two and a half years and wishes him every success in the future."