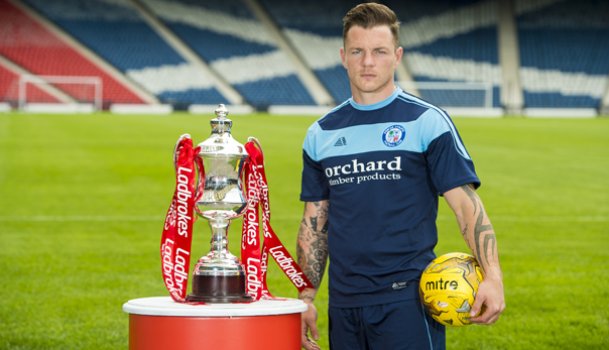 Forfar Athletic remain a point clear at the top of the Ladbrokes League 2 table after beating Clyde 3-0.

Forfar Athletic remain a point clear at the top of the Ladbrokes League 2 table after beating Clyde 3-0.

Danny Denholm, David Cox and Thomas O'Brien got the goals for Gary Bollan's men against the Bully Wee at Station Park.

Arbroath kept up the pressure by defeating bottom club Cowdenbeath 2-1 at Central Park. Steven Doris and Ryan McCord scored for the Red Lichties before Scott Rumsby pulled one back for the Blue Brazil.

Annan Athletic stay third despite losing 2-0 at Edinburgh City, who secured their SPFL status thanks to goals from Craig Beattie and Lewis Allan. Chris McKee and Darren Ramsay were sent off in stoppage time.

In-form Montrose are into the play-off places after beating second-bottom Berwick 1-0 at Shielfield with a Chris Templeman goal.

Elgin City slipped out of the top four after a 2-2 draw with Stirling Albion at Borough Briggs. Darren Smith and Dylan Nguene Bikey netted for the Binos but Jamie Reid and Archie MacPhee earned Elgin a point.