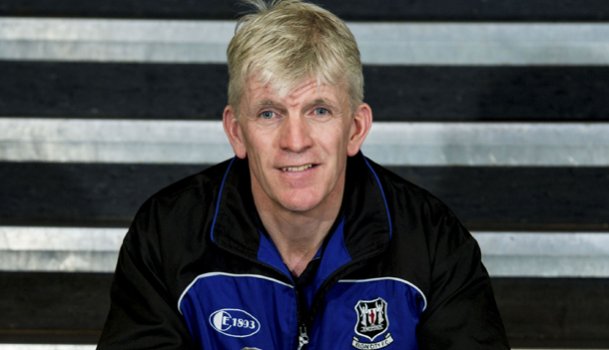 Jim Weir's men had Darryl McHardy sent off early in the second half while Scott Durie and John Gibson both saw red for the visitors.

East Fife stay two points back in second spot thanks to a 2-1 home win over Arbroath. Nathan Austin and Jamie Insall scored for the Methil men before Kieran Stewart pulled one back.

Stirling Albion came from behind to beat Berwick 2-1 at Forthbank and move into the play-offs for the first time this season as the visitors dropped to the foot of the table. Blair Henderson gave Berwick the lead but Ross Smith equalised and Sean Dickson scored from the spot after Jordan McGregor had been sent off for conceding the penalty.

East Stirlingshire moved off the bottom with an impressive 3-0 victory over Queen's Park at Hampden thanks to goals from Thomas Orr, David McKenna and Scott Ferries.

Annan were pegged back for a 3-3 draw by Montrose at Galabank. They looked on course after Adrian Mallagaray's opener was overturned by Ryan McStay, Bryan Gilfillan (penalty) and Matty Flynn but Ross Campbell and Gary Fraser converted late penalties and Ben Jago was sent off.