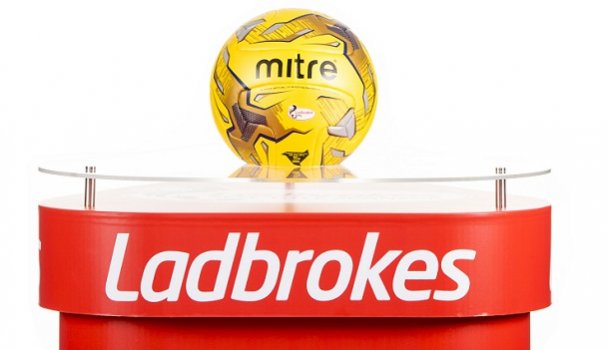 Games of the Weekend: April 8

Andy Harrow of The Terrace Scottish football podcast looks at some of the key games in a big weekend of football across the SPFL.

Andy Harrow of The Terrace Scottish football podcast looks at some of the key games in a big weekend of football across the SPFL.

Hamilton Accies v Ross County – Ladbrokes Premiership
With Celtic having wrapped up the title last weekend, the focus switches back to the relegation battle and a prospective nerve jangler at the SuperSeal Stadium. A stoppage-time Liam Boyce penalty gave County a vital three points against Dundee in midweek but a win for Hamilton on Saturday would pull Martin Canning’s men – who currently sit second-bottom – level on points with the Staggies.

Last encounter: Ross County 1-1 Hamilton Accies (26.11.16)
It was the tale of the talismen in November as the sides played out a draw. Liam Boyce, the Dingwall side’s top scorer, nodded the hosts ahead on 39 minutes but Ali Crawford – in fine form –earned a point for Accies with an excellent free-kick with 13 minutes remaining.

Dunfermline Athletic v Raith Rovers – Ladbrokes Championship
The Fife derby takes on added significance this weekend, with Championship safety the priority for both clubs. Having taken four points from matches against high-flyers Morton and Hibs, the Pars sit sixth in the table but they remain only six points off the bottom. Rovers, meanwhile, are in an even more perilous position; defeat to Falkirk last weekend means they could finish the day at the foot of the table should results go against them.

Livingston v Alloa Athletic – Ladbrokes League 1
Only Celtic have won more league games than Livingston this season and David Hopkin’s side are on the brink of an immediate return to the Championship after a run of four straight victories. The country’s second-top scorers, with an impressive 67 goals, need a point at home to closest challengers Alloa Athletic to seal the deal. The Wasps might be 13 points back in second spot but Jim Goodwin’s team are on a 10-match unbeaten run.

Last encounter: Alloa Athletic 2-2 Livingston (04.02.17)
Livingston won the first two meetings this season, both by margins of 3-1, but Alloa made their point in the most recent encounter. Jordan Kirkpatrick gave the Wasps the lead but Livi hit back with goals from Danny Mullen and Liam Buchanan, only for Dylan Mackin to net a late leveller.

Forfar Athletic v Arbroath – Ladbrokes League 2
It’s the big one in League 2. Over the past two months Arbroath have clawed back Forfar’s lead at the top and now sit only a point behind their Angus rivals. Both sides notched up convincing victories away from home last time out – Forfar 3-0 at Stirling and Arbroath 5-2 at Annan – to maintain the status quo but a win for either side would shift the balance again. One to keep a close eye on.

Last encounter: Arbroath 0-1 Forfar Athletic (04.02.17)
It was a result that moved Forfar 11 points clear in the title race and, at that stage, it seemed like it might be enough to derail Arbroath’s challenge. However, the result preceded a run of seven games without a victory for the Loons – with Arbroath only losing once in the same period – to cut the gap to a solitary point.