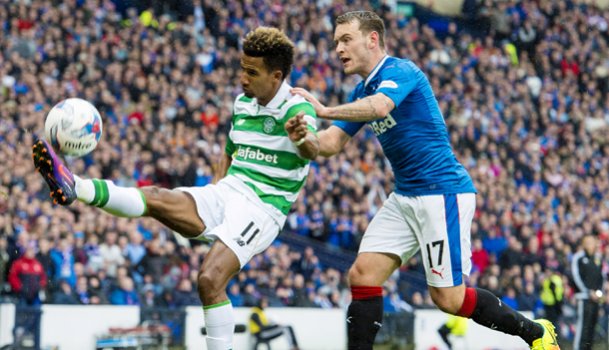 Games of the weekend: four to watch

There&rsquo;s a huge weekend of football in the SPFL across the New Year weekend, with local derbies up and down the country.

There’s a huge weekend of football in the SPFL across the New Year weekend, with local derbies up and down the country.

Rangers v Celtic – Saturday, 12.15pm (Sky Sports)
Celtic have already beaten Rangers in both the Ladbrokes Premiership and Betfred Cup this season and are undefeated in domestic football under Brendan Rodgers. The reigning champions moved 16 points clear at the top in midweek with a 2-0 win over Ross County while Mark Warburton's men were held to a 1-1 draw at St Johnstone. Celtic are favourites to come out on top at Ibrox but Rangers are unbeaten at home since September 2015, when St Johnstone knocked them out of the League Cup.

Falkirk v Hibernian – Saturday, 12.30pm
There’s a fascinating match in prospect at the Falkirk Stadium. Hibs were knocked off top spot in the Ladbrokes Championship last weekend after being held 1-1 by Raith Rovers, allowing Dundee United – who go to Dumbarton on Hogmanay – to move two points clear. Falkirk drew 1-1 away to Dunfermline on Boxing Day and currently occupy fourth place. The Bairns beat Hibs in the play-offs last season while it finished 1-1 at Easter Road in November.

Stenhousemuir v Alloa Athletic – Saturday, 1.00pm
Alloa made an outstanding start to the season, with 10 straight wins in all competitions, but they have managed just one victory in eight outings since beating Stenhousemuir 4-1 at the beginning of November and are now fourth, above Queen’s Park on goal difference. The Warriors looked in big trouble at the bottom of Ladbrokes League 1 a few weeks ago but wins over Airdrieonians, Albion Rovers and Peterhead have lifted them above Stranraer.

Arbroath v Montrose – Monday, 3.00pm
It should be a cracker at Gayfield on January 2 as the in-form local rivals go head to head. Since losing 5-0 at Clyde in the Scottish Cup, the Red Lichties have notched up three straight wins in Ladbrokes League 2 and are second in the table, seven points behind leaders Forfar who travel to Elgin. Montrose were bottom of the table earlier this month but have taken seven points from the last nine under new boss Stewart Petrie and are just five points outside the play-offs.