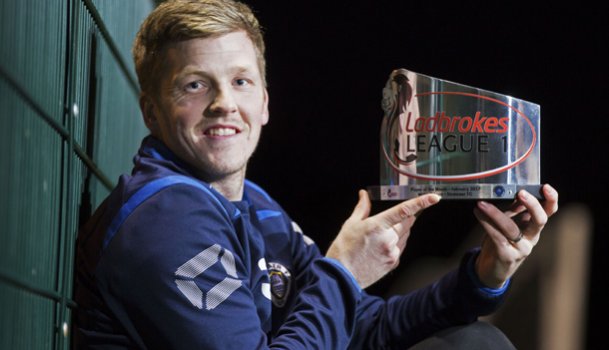 Stranraer winger Willie Gibson has been voted Ladbrokes League 1 Player of the Month for February.

Stranraer winger Willie Gibson has been voted Ladbrokes League 1 Player of the Month for February.

Now in his second spell at Stair Park, Gibson helped Stevie Farrell's side go through the month unbeaten, with wins over Albion Rovers and Brechin City and draws against Peterhead and Livingston.

Gibson chipped in with three goals in his four February appearances and Stranraer are now up to seventh in the table ahead of Saturday's home game against leaders Livingston.