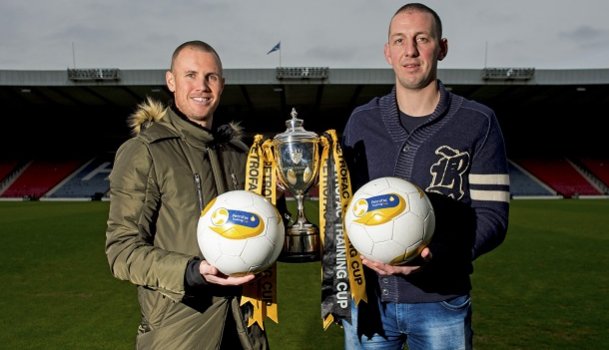 The game will be shown live on BBC ALBA, with a 3.00pm kick-off.

From the outset, the Petrofac Training Cup has been a fan-focused competition, and confirming Hampden Park as the final venue ensures tickets will not be restricted for supporters of either club.

- The return of ‘Present the Petrofac Cup’ for one lucky fan, plus other once-in-a-lifetime opportunities
- Extensive entertainment in-stadium on the day including pre-match, half-time and full-time

Ticket sales arrangements and full details of the day’s entertainment will be announced in due course via the SPFL, Petrofac Training Cup and official club websites.

Peterhead secured their place in the showpiece final after beating Queen’s Park away 2-1, whilst Rangers stormed into the final with a 4-0 defeat of St Mirren.

“Petrofac Training Services is a very active and engaging partner for the competition and it’s great to once again see so much fan-focused activity being planned for April’s final, building on the success of last season.”

Peterhead goalkeeper Graeme Smith said: "As a team we are delighted to be in the Final. It’s great for a club of our size, and a fantastic occasion for supporters, players, directors and all involved with Peterhead FC. We’ll of course be looking to win the game and for all of us to have a great day out at Hampden Park.

“As a club we have formed a great relationship with Petrofac Training Services and are delighted with the way they promote and support the competition - we're really excited to be a part of it.”

Rangers striker Kenny Miller said: "The team are delighted to be in the Final of the Petrofac Training Cup, and we’re looking forward to a great day for both the club and the fans.

“Any cup competition we are in, we’re looking to win and we’re excited at the prospect of bringing home a piece of silverware for our supporters. This has been a great competition to be a part of, and it will be fantastic to finish it at Hampden Park.”

Jill Tough, marketing manager at Petrofac Training Services, added: "We’re delighted to throw our full support behind the Petrofac Training Cup Final for a second year, and we are pleased to be hosting this at Hampden Park, ensuring every fan who wants to attend will be welcome on the day and delivering a very special occasion for both clubs.

“We want this competition to be all about the supporters and our efforts will be on creating a day to remember. Fans can expect their very own ‘Fan Zone pre-match, in addition to competitions and once-in-a-lifetime opportunities that we can’t wait to present. We know how excited both the supporters of Peterhead and Rangers are and we’re looking forward to giving them a fantastic experience.”

Following agreement with both competing clubs, ticket prices have been set at £20 for adults, £10 concessions (16/17 year-olds & over 65s) and £5 for juveniles under the age of 16.

Segregation and ticket pricing details are as follows:

It has been agreed that the above allocations may increase if there is a demand for additional tickets.

The competing clubs will announce ticket sale information via their own channels in due course.