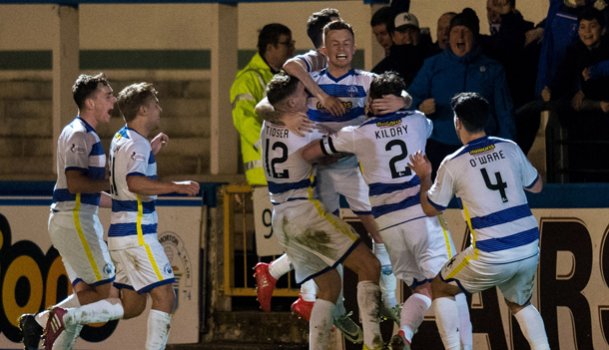 Hibernian remain top of the Ladbrokes Championship on goal difference after they and second-placed Dundee United both drew.

Hibernian remain top of the Ladbrokes Championship on goal difference after they and second-placed Dundee United both drew.

Hibs were forced to come from behind as it finished 1-1 against Morton at Cappielow. Gary Oliver opened the scoring but Jason Cummings quickly equalised from a free-kick.

Dundee United had Lewis Toshney sent off as they drew 0-0 away to Raith Rovers. Tony Andreu missed a penalty for the visitors with 15 minutes left.

The only winners were Dumbarton, who moved out of the relegation zone thanks to a 2-1 home win over third-placed Falkirk. Robert Thomson and Garry Fleming scored for the Sons, with Craig Sibbald briefly hauling the visitors level.

Queen of the South and Dunfermline drew 2-2 at Palmerston - Darren Brownlie and Stephen Dobbie scored for Queens, with Jason Talbot and Kallum Higginbotham on target for the Pars.

Bottom club St Mirren hit back to draw 1-1 with Ayr United in Paisley - Paul Cairney opened the scoring but Ayr had Jamie Adams sent off and John Sutton equalised.