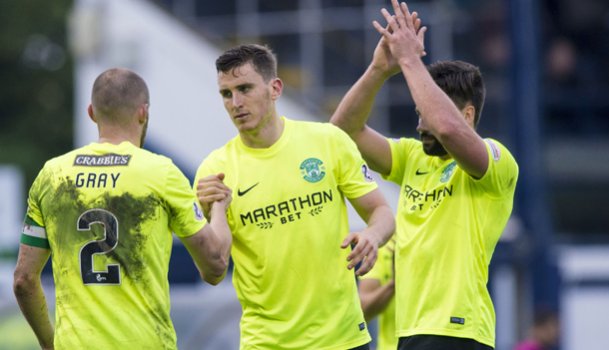 Morton inflicted Queen of the South&#39;s first league defeat of the season with a stunning 5-0 win at Palmerston in the Ladbrokes Championship.

Morton inflicted Queen of the South's first league defeat of the season with a stunning 5-0 win at Palmerston in the Ladbrokes Championship.

Hibernian moved to the top of the table on goal difference after a 0-0 draw away to Raith Rovers. Hibs had Marvin Bartley sent off before half-time but Rovers couldn't take advantage and have dropped out of the top four.

A crowd of 6,377 saw Falkirk beat Dunfermline Athletic 2-1 to move to within a point of the summit. Craig Sibbald and Myles Hippolyte scored for the Bairns, with Farid El Alagui pulling one back for the visitors.

Dundee United are into the play-off places after beating bottom club St Mirren 2-0 in Paisley with goals from Scott Fraser and Tony Andreu. The visitors had Mark Durnan sent off in the closing minutes.

Alan Forrest grabbed a hat-trick, the third goal coming via the penalty spot, as Ayr United won 3-0 away to Dumbarton.