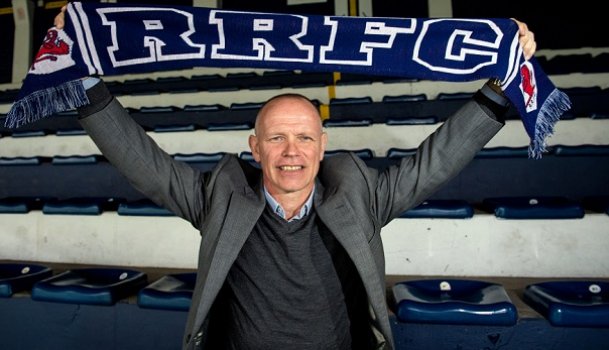 Raith Rovers have appointed John Hughes as their new manager following the departure earlier this week of Gary Locke.

Raith Rovers have appointed John Hughes as their new manager following the departure earlier this week of Gary Locke.

Rovers have no game this weekend so Hughes' first match in charge will be against Ladbrokes Championship leaders Hibs at Stark’s Park on Saturday February 18.

Chief Executive Eric Drysdale told the Raith website: "It’s fair to say we are excited to have been able to attract someone of John’s experience and calibre.

“Although this agreement extends only until the end of this season, we’re confident John’s particular brand of management will bring a freshness to Stark’s Park and excite our fans.

"Most importantly, the team has been a bit lacking in confidence of late - if there is any manager in Scottish football better equipped than Yogi to do something about that, then I’ve no idea who that person is.”

Hughes added: "I feel this is a good fit for me at this stage of my career and, though the task ahead will be a challenging one in a very competitive league, I’m confident I can make a telling, positive impact at the football club before the end of this season."