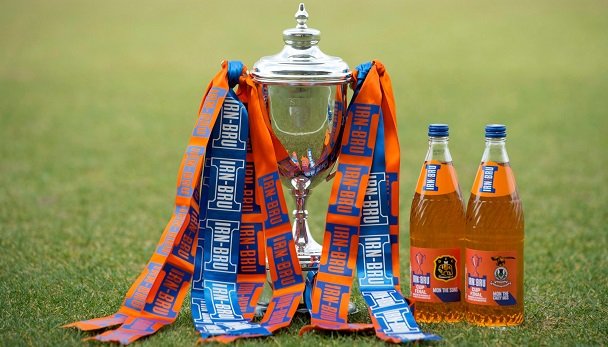 Resident statto @splstats looks at some of the numbers behind Saturday&rsquo;s IRN-BRU Cup final between Dumbarton and Inverness Caledonian Thistle.

Resident statto @splstats looks at some of the numbers behind Saturday’s IRN-BRU Cup final between Dumbarton and Inverness Caledonian Thistle.

135 – Dumbarton are aiming to win a national cup competition for the first time in 135 years – their only previous major cup success came in the 1882/83 Scottish Cup, when they defeated local rivals Vale of Leven 2-1. The Sons are participating in the IRN-BRU Cup final for the first time since it began in 1990/91. In fact, Saturday’s match at McDiarmid Park will be Dumbarton’s first national cup final in over a century – their last one was the 1911 Scottish Qualifying Cup final, when they lost 1-0 to Dunfermline Athletic. The Sons did reach the final of the Southern League Division B Supplementary Cup in 1945/46, but this was during war-time and is not typically included in official records. They also won the Festival of Britain St Mungo Quaich in 1951 but haven’t taken part in the final of any of the three current national cup competitions since their 1897 Scottish Cup final defeat to Rangers.

4 – Inverness Caledonian Thistle are appearing in their fourth IRN-BRU Cup final, and will be hoping to claim the trophy for the second time. John Robertson was in charge when they lifted the trophy in 2003/04 thanks to a 2-0 victory over Airdrie at McDiarmid Park. Their first final appearance was back in 1999/00, when they lost on penalties to Alloa Athletic following a thrilling 4-4 draw. They also suffered defeat in their most recent appearance in the final, going down 3-2 to Dundee in 2009/10.

5 – Stevie Aitken’s Dumbarton have won five matches to make it to the IRN-BRU Cup final – Rangers U20s, Connah’s Quay Nomads, Stranraer, Raith Rovers and The New Saints. Amazingly, this means the Sons have won as many IRN-BRU Cup matches this season as they did in all of the previous seasons of the competition combined. They their only previous victories came against Elgin City in 2000/01, East Fife and Ayr United in 2002/03, East Stirlingshire in 2011/12 and Morton in 2015/16.

2 – John Robertson is aiming to become just the second manager to win the IRN-BRU Cup more than once – he was also in charge when Inverness won the cup in 2003/04. The only previous manager to land the trophy twice was Terry Christie, who tasted success with Stenhousemuir in 1995/96 and Alloa Athletic in 1999/00.

5 – Saturday’s final will be just the fifth meeting of Dumbarton and Inverness Caledonian Thistle. They first faced each other in the 2002/03 League Cup, with Inverness winning 2-0 at the Tulloch Caledonian Stadium, and met again at the same venue in the same competition in 2006/07, with Inverness again running out winners by a 3-1 scoreline. The sides have played twice in this season’s Ladbrokes Championship, with Dumbarton winning 2-1 at the YOUR Radio 103FM Stadium in September and ICT earning a 1-0 home victory in December. They meet again in a double header next month.