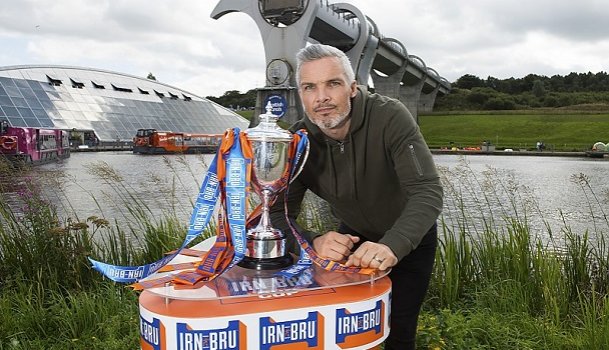 Montrose are already through to round three of the IRN-BRU Cup after beating Ayr United on penalties on Tuesday, with the remaining ties going ahead this weekend.

Montrose are already through to round three of the IRN-BRU Cup after beating Ayr United on penalties on Tuesday, with the remaining ties going ahead this weekend.

The action gets under way on Friday night when Stranraer welcome Partick Thistle Colts to Stair Park; there are 13 ties on Saturday and one on Sunday.

Last season's runners-up St Mirren left it late to beat East Kilbride in round one and now welcome Hearts Colts to the Paisley 2021 Stadium.

Dumbarton are at home to Welsh side Connah's Quay Nomads, who are making their debut in the competition, while Belfast-based Crusaders take on Motherwell Colts at Seaview.

Linfield, who have a 100% record after four games in the Northern Irish Premiership, are up against Spartans at Ainslie Park, with the Lowland League side reinstated after Albion Rovers fielded an ineligible player in their first-round meeting at Cliftonhill.

Two clubs from the Republic of Ireland are involved in this season's IRN-BRU Cup. Sligo Rovers, who are ninth in the table and have drawn eight of their 12 home games, face Falkirk at The Showgrounds on Saturday evening, kick-off 7.45pm.

Meanwhile, Bray Wanderers, who are fifth in the Irish Premier Division, are up against League 2 Elgin City at Borough Briggs.

New Berwick Rangers boss Robbie Horn will be in charge for the first time as the Borderers host a Queen of the South side going well in the Championship.

The New Saints beat Livingston at the Tony Macaroni Arena en route to the semi-finals last season but David Hopkin's men have the chance for revenge when they meet the Welsh champions at Park Hall Stadium on Sunday, live on S4C at 2.45pm.

If scores are level after 90 minutes, there will be extra time and, if necessary, penalty kicks to settle the outcome.

The third-round draw takes place at the Riverside Museum in Glasgow at 1.00pm on Tuesday September 5 and will be live on the SPFL Facebook page.

Ties are due to be played on the weekend of October 7/8, subject to TV selections.