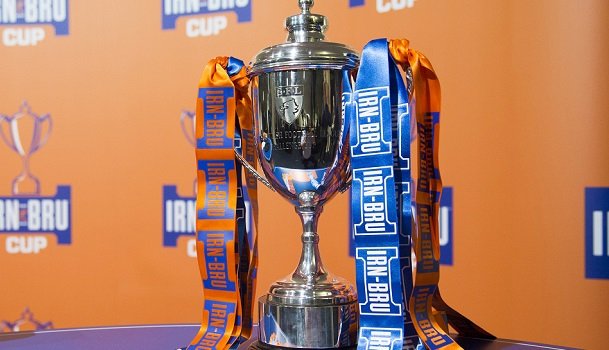 The semi-finals of the IRN-BRU Cup go ahead this weekend, with a place in the final on March 25/26 up for grabs.

The semi-finals of the IRN-BRU Cup go ahead this weekend, with a place in the final on March 25/26 up for grabs.

Queen of the South take on Dundee United in the first of the last-four ties on Saturday evening, live on BBC ALBA with a 5.15pm kick-off at Palmerston.

It was 3-3 when the sides met at Tannadice in the Ladbrokes Championship last month while Ray McKinnon's men ran out 4-1 winners on their last visit to Dumfries in early November.

St Mirren host Welsh champions The New Saints at the Paisley 2021 Stadium on Sunday, live on BBC ALBA & S4C with a 4.10pm kick-off.

Saints might be bottom of the Championship but have done well in cup competitions and also have a Scottish Cup quarter-final with Celtic to look forward to.

TNS put together a record-breaking 27-game winning run this season but suffered their first defeat of the season at the weekend, going down 1-0 to Carmarthen Town.