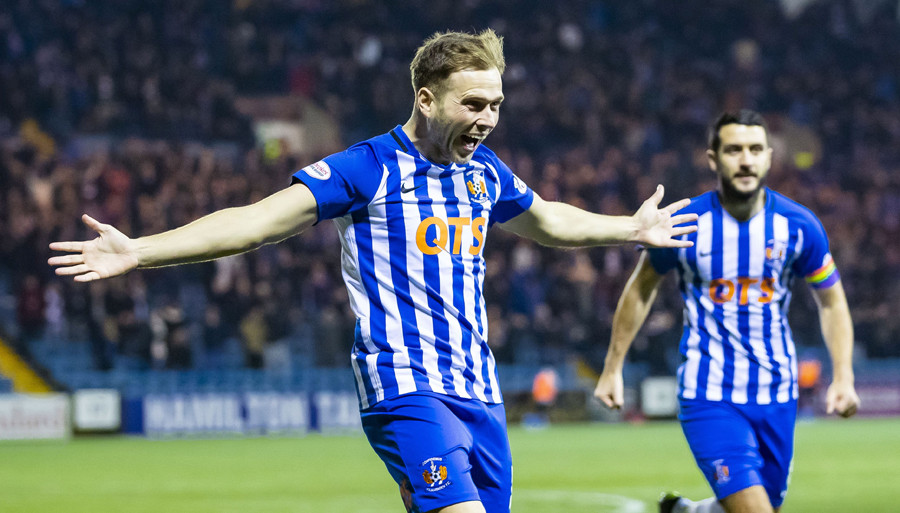 Round-up of Wednesday's games in the Ladbrokes Premiership...

Kilmarnock moved to the top of the Ladbrokes Premiership table after beating Livingston 2-0 at Rugby Park on Wednesday evening.

Greg Stewart grabbed a first-half double as Steve Clarke's men ended a dramatic night of SPFL action a point clear of both Rangers and Celtic.

Celtic were held to a 1-1 draw by Motherwell at Fir Park despite going ahead through Ryan Christie. Leigh Griffiths had a penalty saved by Mark Gillespie and Danny Johnson grabbed a late leveller for the Steelmen.

Rangers were beaten 1-0 by Aberdeen at Ibrox with Scott McKenna scoring the only goal after just seven minutes. The Dons had Sam Cosgrove sent off before half-time while Alfredo Morelos later saw red for the home side.

Hibernian twice came back to draw 2-2 with St Mirren at Easter Road, with Adam Hammill scoring from his own half for Saints.

It was also 2-2 between St Johnstone and Hearts at McDiarmid Park, with Matty Kennedy's 69th-minute penalty earning Tommy Wright's men a point.