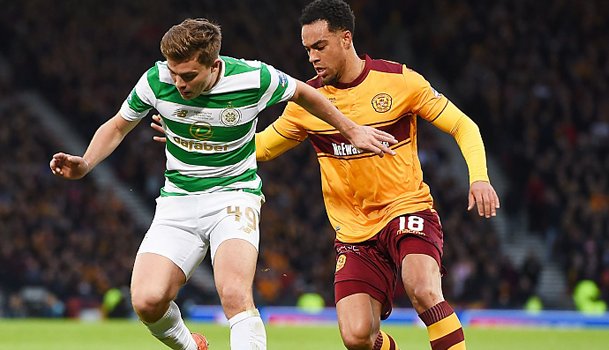 There are two rearranged games in the Ladbrokes Premiership on Wednesday evening, with action at Fir Park and Ibrox.

There are two rearranged games in the Ladbrokes Premiership on Wednesday evening, with action at Fir Park and Ibrox.

Motherwell v Celtic, kick-off 7.45pm
Celtic beat Well 2-0 at Hampden on Sunday to retain the Betfred Cup and this is part two of a triple header, with the teams meeting again at Parkhead on Saturday. The Hoops remain unbeaten in domestic football under Brendan Rodgers but were pushed all the way on their last visit to Fir Park 12 months ago, hitting back from 2-0 down to win a thrilling match 4-3. Celtic's last Premiership outing was a 1-0 victory at Ross County while the Steelmen saw off Aberdeen 2-0 at Pittodrie on the same afternoon.

Rangers v Aberdeen, kick-off 7.45pm (Sky Sports)
This is the first meeting between the teams since the Dons ended their long barren streak at Ibrox with a 2-1 win there in May. Aberdeen defeated Kilmarnock 3-1 at Rugby Park on Sunday to move to within three points of leaders Celtic while Rangers lost 2-1 to Dundee at Dens Park on Friday. The home side will again have caretaker boss Graeme Murty in charge as they seek the victory that would lift them above Hibernian and into third place.