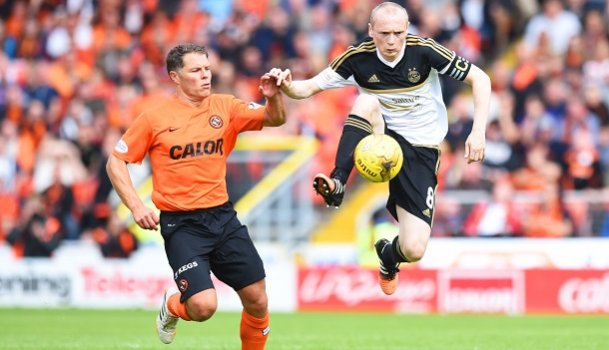 Previews of this weekend&rsquo;s games in the Ladbrokes Premiership, which include the meeting of Aberdeen and Dundee United at Pittodrie:

Previews of this weekend’s games in the Ladbrokes Premiership, which include the meeting of Aberdeen and Dundee United at Pittodrie:

Dundee (7) v Partick Thistle (11) – Saturday, 3.00pm
Dundee's home record is two wins, two draws and two defeats.
Partick Thistle have won just once away from home, drawing two and losing three.
The Jags had taken seven points from nine before losing 4-0 to Hearts last week.
Dundee drew 1-1 at Inverness CT on Saturday and have won just one of their last six.
Paul Hartley's men won 1-0 when the teams met at Firhill on September 12.

Heart of Midlothian (2) v Hamilton Accies (6) – Saturday, 3.00pm
Hearts have won four, drawn one and lost one of their six home games.
Hamilton's away record is two wins, one draw and three defeats.
Hearts are unbeaten in five matches and have won their last three.
Accies have drawn two and lost one of their last three games.
Accies won 3-2 when the teams met at New Douglas Park at the end of August.

Motherwell (10) v Inverness CT (9) – Saturday, 3.00pm
Motherwell's home record is two wins, one draw and three defeats.
ICT have drawn three of their six away games, winning one and losing two.
Mark McGhee's men drew at Aberdeen a fortnight ago and won at Kilmarnock last week.
Caley Thistle have taken just one point from their last three games - a 1-1 draw with Dundee.
Motherwell won 1-0 at the Tulloch Caledonian Stadium on the opening day of the season.

St Johnstone (4) v Kilmarnock (8) – Saturday, 3.00pm
St Johnstone's home form is three wins, two draws and one defeat.
Saints are seeking a third straight win after victories at Inverness and Hamilton.
Kilmarnock have won two, drawn two and lost two on their travels this season.
Killie had taken seven points out of nine before losing to Motherwell last week.
Gary Locke's side beat Saints 2-1 at Rugby Park on September 19.

Ross County (5) v Celtic (1) – Sunday, 3.30pm (BT Sport)
Ross County have won four games out of six at home, losing the other two.
Celtic's away record this season is four wins, one draw and one defeat.
Celtic won 2-0 at Parkhead when the teams met on the opening day.
After going five games unbeaten, the Staggies have lost three of their last four.
Celtic are on a run of four straight wins and have a six-point lead at the top.