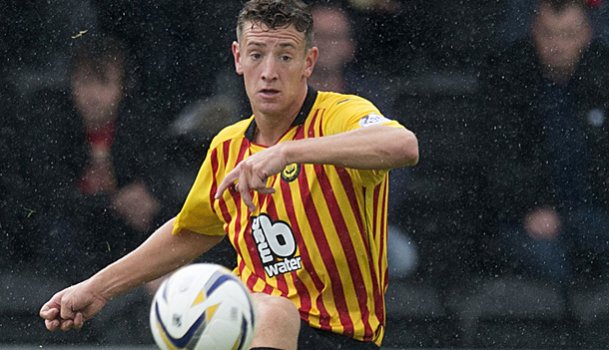 A number of clubs have made changes to their squads ahead of the transfer window opening this weekend:

A number of clubs have made changes to their squads ahead of the transfer window opening this weekend:

Partick Thistle defender Aaron Muirhead has left the club after his contract was terminated by mutual consent. He made 71 appearances during his time at Firhill, scoring eight goals.

Raith Rovers have extended the loan deal of Rangers winger Barrie McKay until May.

Queen of the South midfielder Mark Kerr has left Palmerston by mutual consent.

Forfar Athletic have agreed a deal with former Arbroath defender Michael Travis, who featured as a trialist for Dick Campbell's side earlier this season.

Cowdenbeath forward Danijel Jurisic has left Central Park at the end of his short-term deal. The 25-year-old joined in July from Austrian side SV Lannach and made four appearances.

Morton have extended the contracts of Jon Scullion and Ricki Lamie until the end of the season.

East Stirlingshire have agreed with Celtic that on-loan midfielder Luke Donnelly will remain at Ochilview until May.