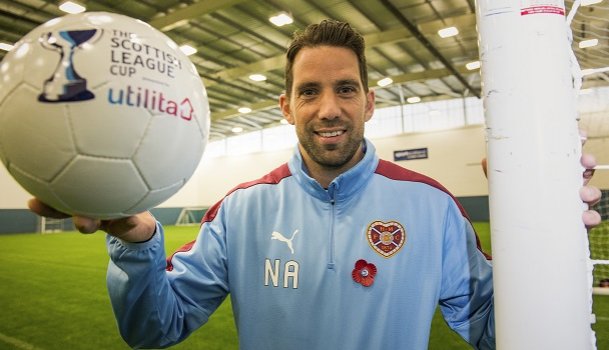 Scottish League Cup semi-final places are up for grabs this week, with three of the quarter-finals going ahead across Tuesday and Wednesday.

Scottish League Cup semi-final places are up for grabs this week, with three of the quarter-finals going ahead across Tuesday and Wednesday.

The remaining last-eight tie, between Hibernian and Dundee United at Easter Road, will be played on Wednesday November 4, kick-off 7.45pm.

Inverness Caley Thistle v Ross County - Tuesday, 7.05pm (Live on BBC Scotland)
Inverness CT reached their first League Cup final in 2013/14 but lost to Aberdeen on penalties.
Ross County are looking to go on and reach the League Cup final for the first time.
Caley Thistle won 2-1 in Dingwall in the Ladbrokes Premiership on October 3.
The last League Cup meeting between the teams was a 1-0 away win for Inverness CT in 2004.
None of the last seven Highland derbies have produced a home victory.

Morton v St Johnstone - Tuesday, 7.45pm
Morton ended a run of six league games without a win by beating Alloa 1-0 on Saturday.
St Johnstone edged out Inverness CT 1-0 on Saturday thanks to a stoppage-time penalty.
Morton have never won the League Cup but lost the 1963/64 final 5-0 to Rangers.
St Johnstone have reached two League Cup finals - losing in 1969/70 and 1998/99.
The last meeting of the sides was a League Cup QF two years ago - St Johnstone won 1-0.

Hearts v Celtic - Wednesday, 7.45pm
Celtic are the current holders, having beaten Dundee United 2-0 at Hampden in March.
The sides drew 0-0 at Celtic Park when they met in the Ladbrokes Premiership last month.
Hearts have not won the League Cup since beating Kilmarnock 1-0 in 1962/63.
Celtic go into the game on the back of a 5-0 home win over Dundee United on Sunday.
Hearts defeated Ross County 2-0 at Tynecastle on Saturday to strengthen their grip on 3rd place.
Celtic won 3-0 at Parkhead when the teams met in the third round of the League Cup last season.

Utilita Energy are the official presenting partner of the Scottish League Cup for 2015/16.