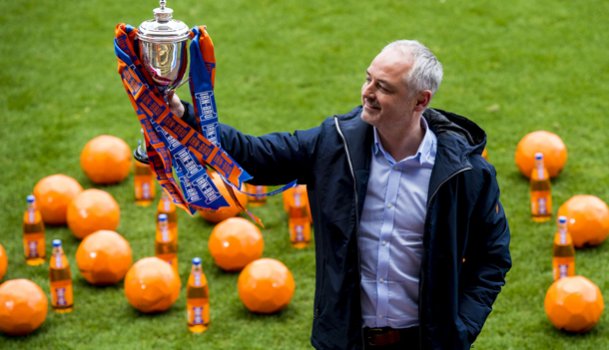 Ray McKinnon was in the Dundee United side beaten by Stenhousemuir in the 1995/96 Challenge Cup final and is hoping for better fortune this weekend.

Ray McKinnon was in the Dundee United side beaten by Stenhousemuir in the 1995/96 Challenge Cup final and is hoping for better fortune this weekend.

The Tangerines take on Championship rivals St Mirren in the IRN-BRU Cup final at Fir Park on Saturday, live on BBC ALBA with a 12.30pm kick-off.

McKinnon had just returned to Tannadice for a second spell when Billy Kirkwood's side were shocked by Terry Christie's Stenhousemuir on penalties after a goalless 120 minutes at McDiarmid Park.

He said: “I only have the vaguest recollections of it, and the fact we lost out frustratingly on penalties after a dull goalless draw was about as much as I can recall.

“However, I was just delighted to be back to what I consider my spiritual home and where I reckon I started to play the best football of my career as we got promotion and finished third in the Premier Division the following season.

"With regards to Saturday, it will be a really, really tough game. I saw St Mirren beat New Saints in the semis and they were, second half particularly, very impressive. And, of course, we were disappointing when we lost to them 10 days ago in the league.”